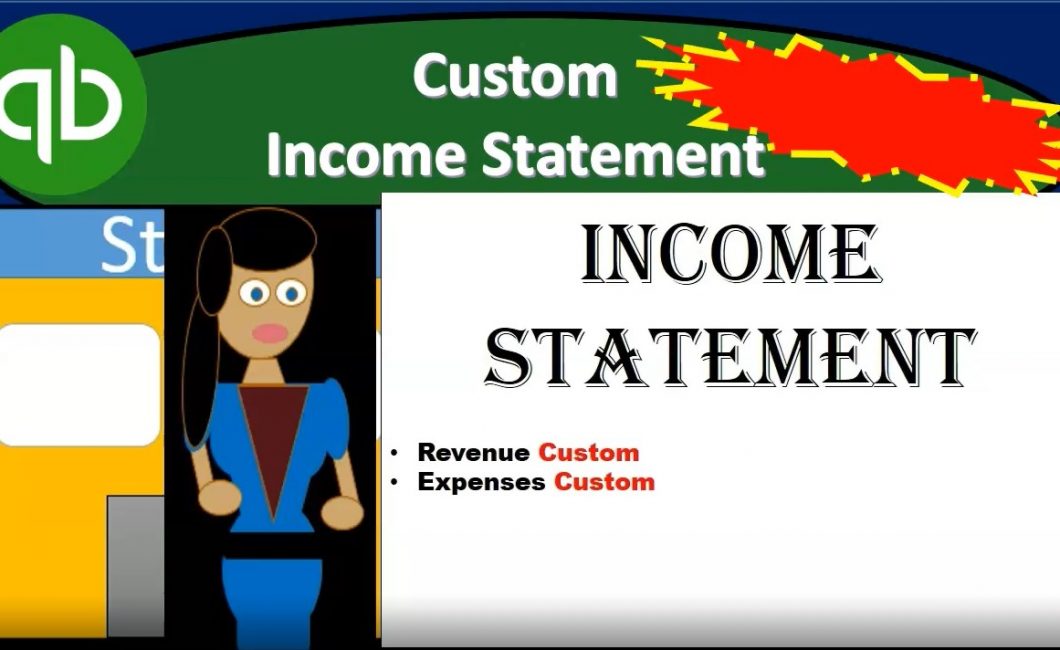 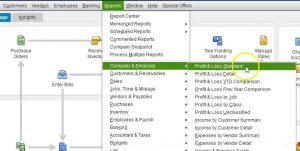 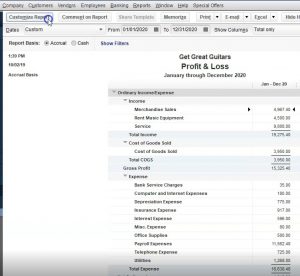 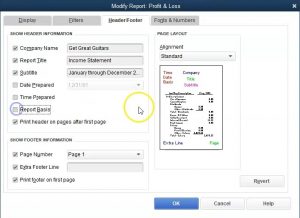 So if we say okay, that we have that now we have our income statement, rather than the profit and loss of reports, we’re going to do some adjustments to the fonts. Now I’m going to remove the pennies on it. So we don’t have the sense in there. We’re also going to make negative numbers be represented with brackets and with red. So we’re going to go up top, we’re going to go to the color miser reports. 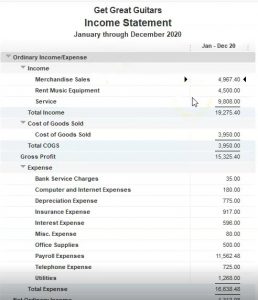 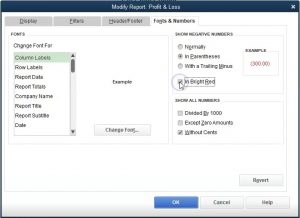 The next thing I would like to do is go into the expenses and the subcategories into the categories and reorganize the categories with the largest number on top. So you’ll note that right now we have the expenses and then it’s in order by alphabetical order within the category, what I’d like is to have the largest number on top within the category. Now we can do this by the sort item he or we can do it by the items over here, we’re going to go to the customized report, if we go into the customized report will see that same kind of sorting options here, it might be easier to see, however, in this format, so we’re going to say we want to sort by the total. And then we want to have the SNP and I’m going to say descending, because I want to have the largest numbers on top. 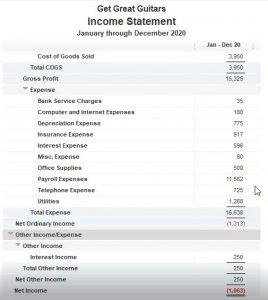 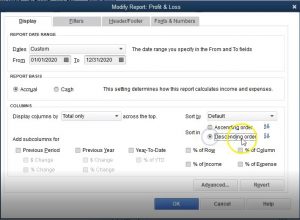 So we’re going to be the default, not the default, it’s going to be the totals, the totals and then in the descending order, and say okay, and now you’ll see it’s still an order of income, of course, and then expenses or income cost of goods sold and then expenses. But now we have the largest expense on top, which might make it a little bit easier to read because our I will go from top to bottom, it will see the largest or most relevant expenses then at the top of the report. 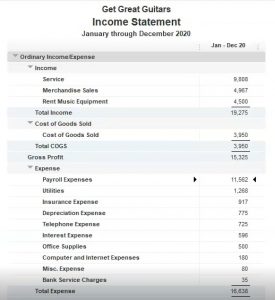 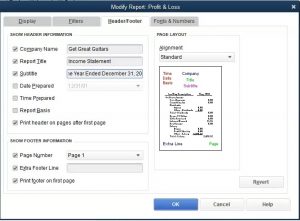 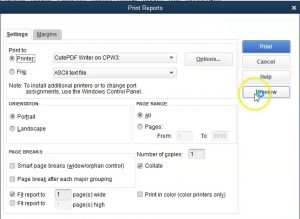 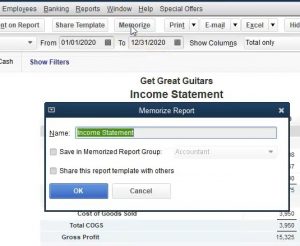 So this looks pretty good. I’m going to keep this for now that’s going to be our format. If I want to memorize this, I can put this in our memorized reports. Now I’m going to go ahead and memorize this report. And it’s going to be called an income statement. Notice it pick that up from the name here. That’s what I want to call it rather than the profit and loss, we’ll call this an income statement. That’s one way we can kind of customize our QuickBooks reports another way, we might want to differentiate ourselves a little bit by just basically changing that little name change, and then maybe some you know, a little bit of font changed a little goes a long way. And then we want to save it in the proper group. 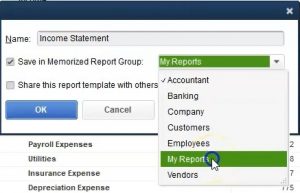 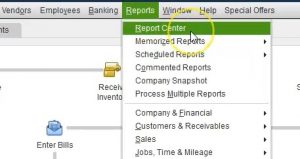 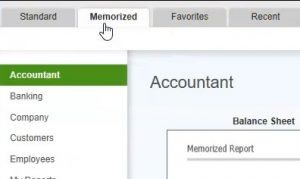 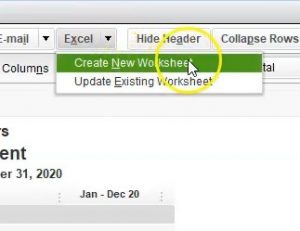 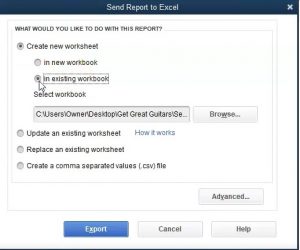 And then I want to pick up the financial reports picking up the financial reports and then exporting to it. Here we have it, you can see it’s get a little bit longer. Here, we’re going to do some more of our normal kind of upkeep. And that’s going to be to delete this first tab, I’m going to go to the first tab, right click on the tab, delete it and say delete. And then I want to go back to the sheet one, I’m going to pull sheet one to the right, so I’m going to pull them all the way to the right. 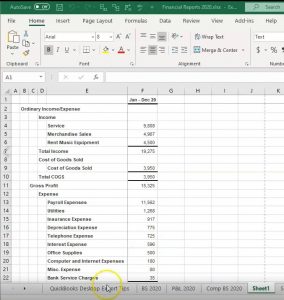 And note that you might want to reorganize these in some other fashion that I’m doing here, I’m going to reorganize them in the format that we created them. So you might want for example, the balance sheet and income statement kind of like the starting points of your reports. And then so I’m going to pull this to the to the right However, because that’s the order in which they were created. 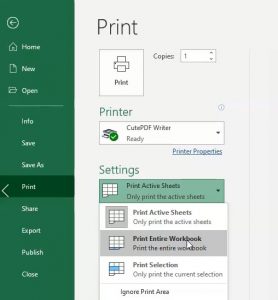 Here’s what it looks like I’m going to overwrite this file with it, I’m in section one through four, we’re going to say save. And yes, in there we have that list. Let’s see what it looks like. Now, if I was to open up the section one through four, this is how we can save this data, we can either give someone basically if we’re imagining we’re going to send an email with everything that we have printed thus far, we can give them five different attachments to that email, which is getting a bit tedious at this point might be overwhelming for the person that receives that or we can zip the file. So I’m going to delete this zip file.

And now I’m going to zip it we could say what if I compress this file, then I can send the compressed file with one email and they can just basically open up that one compressed file rather than five attachments might be a little bit easier. Or if they’re okay with getting an Excel file, we can give them the Excel file. However, I wouldn’t give that to somebody unless they were they like it in that format. But we use the Excel file in order to then create one PDF file as well. So we could just send them this one PDF file which would have all reports in it, including the balance sheet, and the profit and loss reports.

The competitive balance sheet and what we created now, which is going to be the won’t know the summary balance sheet. And then what we created now, which was the income statement, so we can have the one report which will in essence include all of those. So you want to keep in mind how you’re going to group this stuff how you would give it to someone else how you would save it in your own files.