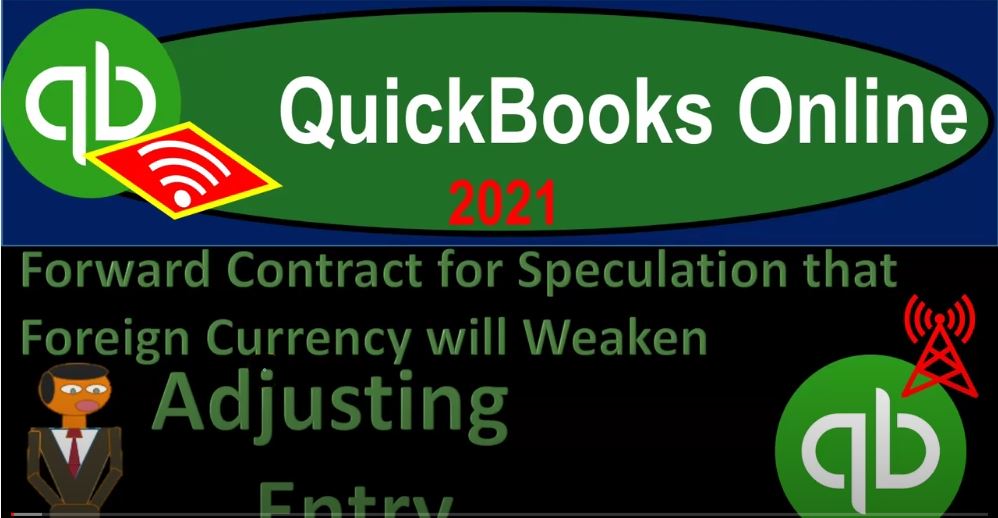 Now we’ll continue with the practice problem, starting by opening up our balance sheet and income statement going to the tab up top right clicking on it, duplicating it, then we’re going to go to the tab up top again, right click on it again, duplicate it again, let’s go to the reports on the left hand side starting with the profit and loss report opening up the good old P and the L. And then we’ll do the date range for it. So there’s the profit and loss, we’re going to bring this to date range a 101 to zero, that’s not right, let’s do that again. Oh 101 to zero to 1231 to zero, run it, close the burger, hold down Control,

scroll up just a bit, then we’re going to go to the tab to the left back down to the reports open up this time the balance sheet report balance sheet report, then we’ll do the date range change up top the date range change from a 101 to zero 1231 to zero, let’s go ahead and run that one. closing up the hamburger in the prior presentation, we set up our initial transaction for our forward contract having an accounts receivable on the books the accounts payable on the books that will become due at a future point in time, the accounts receivable is going to be received in US dollars,

the accounts payable in the foreign currency, we put it on the books at the US dollar equivalent not using the spot rate, but rather or the current date exchange rate. In other words, but rather the forward contract rate. Now we’re going to think about what happens if it’s the end of the time period, it’s going to be the end of the year, we’re gonna say 1231. And we need to make an adjusting entry for this because the forward contract has not yet become due. So it hasn’t yet become due. And we’re gonna have to deal with the end of the period adjustment.

Let’s first think about it in Excel. In Excel, we did the same kind of transaction, we put the forward contract on the book, The receivable is going to be the 5000 pesos that we’re going to receive in the future times the forward exchange rate as opposed to this current spot rate. And then a payable is what we’re going to be receiving in the foreign currency. So at the end of the period, at the end of the year, we’re imagining at this point, then we need to adjust this number because that is that needs to be adjusted for our financial statement reporting as of the end of the year.

What happened to it note, if we compare this we’re gonna say that we had one peso could be point seven, four US dollars before with the forward rate. Now we’re saying one peso is worth point seven, eight, and in terms of the current date, so one peso can now buy more of a fraction of $1, and therefore the peso has gotten stronger. Now is that good for us, because we have the forward contract on the books, well, we have a payable on the books, we’re going to be paid in the peso. And so that’s not good for us, because we’re going to be paying in something that has gotten stronger since the point in time that we put it on the books.

So our speculation is not looking so good thus far. So that means we’re gonna say, Okay, let’s do our transaction here, we’re gonna have to increase the payable then. So I’ll put the payable on the bottom. Because it’s a liability, we’ll increase it with a credit. And then the other side is going to then go to a loss, we’re gonna have a loss from a foreign currency exchange loss at this point in time.

Now, I’m going to calculate it another way this equals, I’m going to get to that 200. Again, I’m going to take the current rate or the larger rate of the two minus the second rate the point seven, four, close up the brackets and multiply that times the 5000 times the 5000. That gives us our $200. That’s going to be the debit and the credit. Let’s post that outfit. If I post this out, we’ve got a loss down below. Loss down below will be equal to that $200 and then we’ve got the payable here,

double clicking on that, go into the end of it, plus, we’re going to pick up the 200. Enter. That’s going to give us our 3900 which once again was the 5000 times the current rate times point seven, eight. So there’s the 3000 The 3900 does, look at the rest receivable, there’s a 3900. So that looks good. Now we’re going to do this in Excel or in QuickBooks when we do it in QuickBooks, then we’re going to have to do this basically with a journal entry. So let’s go back on over to QuickBooks.

And we’ll do the same kind of process, same kind of journal entry. note though, if I go if I go to the first tab, if we didn’t have this into period adjustment, then if I hit the drop down, we would just be able to hit the pay bill here. And because we went through the accounts payable, QuickBooks would then record the difference. For us, as we seen in like the first practice problem we took a look at, it’ll then record the difference in the exchange rates for us. But because we have this cut off transaction, that kind of muddies up the water, so we want to do the adjusting entry at the end of the time period. And then possibly, the reversing entry will work quite well for us.

So that when we do have the ending of this contract, we can use the pay bill format. And that’ll be nice and easy for the accounting department or the accounting process to do. So this time, we’re gonna do the adjusting entries. So I’m going to go up top and say we’re going to stay new. And let’s say journal entries, same kind of thought process here on the journal entry. And I’m going to hold CTRL and scroll down just a bit. And so we’re going to say that it’s going to be increasing the accounts payable, so accounts payable in the foreign currency. There it is.

Now note that when I use this accounts payable account, it will be then going into something that’s going to need a sub ledger, therefore, I’m going to have to put it to a name over here. And typically, of course, this name would have to be in alignment with the foreign currency units. And you might then if you want to make this easier, or if you don’t want to use the sub ledger, you could create another account, which would be an accounts payable as an other current liability account, as opposed to an accounts payable type of account, that could then make it so you don’t have to mess with the sub ledger here.

So those are kind of two options for it. But the other side is going to go to exchange gain loss exchange. Gain loss, I’m going to say tab, and we’re going to set this up as an other an other expense type of account, exchange gain loss, and then I’m going to save it and close it, save it and close it. So there we have that and then we’ll do the calculation here, calculation being the $200. So we’re gonna say 200, debit or credit for the accounts payable, and 200 here.

Now note that when we do the calculation of that 200, we have to do a similar process just kind of as we would with Excel, we can’t really use QuickBooks in order to give us the rate because it’ll give us the spot rate. So we’re going to still have to do kind of another adjusting entry, we’re gonna have to see what the forward rate will be at that point in time and use that rate and do our similar calculation we did with Excel to come up with this adjustment of 200.

So in future when this thing matures, now in the following period, we’ll do a reversing entry, reversing basically that that added 200. And then we can do the paybill feature, which will be nice and easy for us to do in the normal accounting process. Also, just note that if I right click on this tab, I’m going to duplicate this tab and just take a look at these sub ledger are related to this as well. So if we go down to the reports, just remember that of course, because we’re using accounts payable, we have this sub ledger issue, and it’s going to be accounts payable, or let’s just do it this way.

If you don’t want it be affecting the sub ledgers with journal entries that again, you could create another account not an accounts payable type of account but other current liability, then you’ll have two accounts you’ll have to deal with which is a little uglier on the financial statement but you clean it up an Excel or something when you want to present it to external users, and it can kind of help you to not be using the sub ledger if you wanted to use that method.