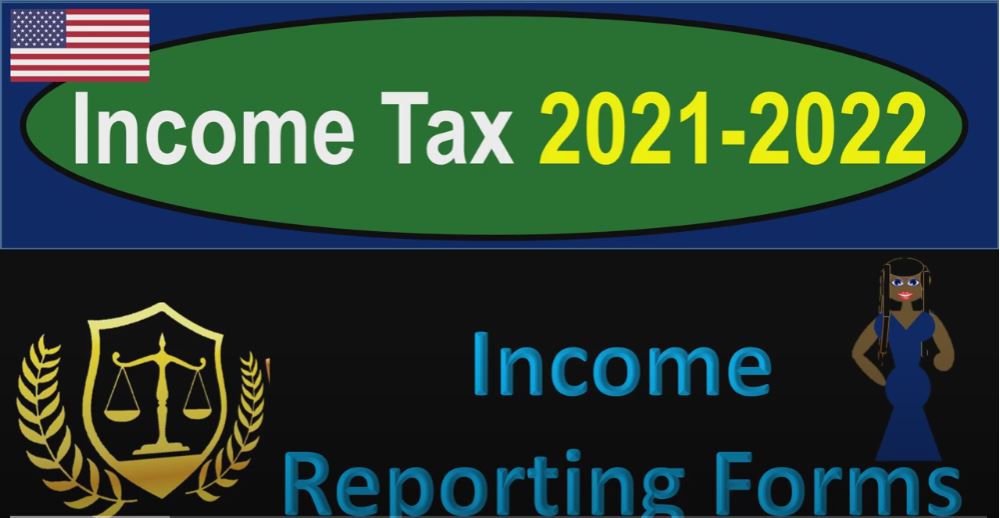 which can look deceptively simple, because it’s just that one line. But if you’re thinking about it in terms of say, for example, an Excel worksheet, this being the summary sheet, then all the other sheets are feeding into it in some way.

Or if you think about this, as in essence, the first page of the 1040 other forms flowing into it possibly forms flowing into like the income line, such as schedule one, Schedule C, Schedule D, and so on. So it can be quite complex when you dive in or dig down or drill into the detail. So what is income just in terms of a transaction from an economy standpoint, it’s useful to note that you’re always going to have basically two sides of the transaction.

So if you have a lawyer over here, that is doing work, then they’re going to be providing work. And let’s say they’re doing work for someone that’s representing a business, who is going to be paying the lawyer. So obviously, in this case, if you’re looking at it from the perspective of the lawyer, they’re getting the income,

and that income with regards to taxes is something on an income tax side that could be subject to taxation. So that’s what you’d be reporting and paying taxes on, how could you verify that you’re going to be getting paid? Well, the IRS has leverage on the pay ORS because on the pay ORS side of things, let’s say it was a business paying for legal services, they’re gonna want the expense, they’re gonna want the deduction of the legal services.

And that’s how the IRS that’s how this kind of system works, right, they’re going to pressure the pay, or typically, to give the reporting requirements. That’s where our forms come from the W two forms, and the 1099 forms being the primary items,

let’s say that this person is a contractor not working for but doing a job for this business. Well, again, this this business would want to be taken to deduction, the IRS is going to say, okay, they’re not an employee, but we still want you to be 1099, in issue a 1099, not only to the contractor, but to the IRS.

So the IRS has the information so that they can they can get that information as well. So those are the two major kinds of forms involved. Now you can see where there’s a shortfall where there’s a problem here, what what if this is just an individual on this side and not a business, and they’re hiring a lawyer for say, personal lawyers for a family lawyer or something like that family law,

for example, divorce case or something like that? Well, well, then the IRS cannot pressure the pay, or because the pay ORS paying for that for something personal.

So they don’t have the same kind of leverage. So in that case, the person receiving the income would still have to report it. But the IRS doesn’t have that double check kind of factor of being able to pressure the payer, because the payer isn’t a business in that case,

they would just be an individual. And that’s where the IRAs, you know, is a little bit more skeptical. I kind of feel like that’s why they cracked down so much on the COVID.

They’ve never really liked, you know, bars, and restaurants and salons, and you know, hair, hair, nails kind of places, because those are the kinds of places that serve end users customers, and they can’t pressure the end user to tell them to tell the IRS, you know exactly what they earn. But in any case, that’s the general idea. So if we were talking about this being being and issuing a 1040,

or putting on the form 1040, the income that they earned, if they were an employee, II, then if this was the employer, they would have to issue of course, the W two form, which would be reporting the transaction,

the government has that w two, so we’re just kind of double checking, the government could in that case, basically report that part of your income already, because they have the W two but you’re kind of reporting it at the same time.

And so if on the other hand, it was a contractor situation, if this was the employer as a contractor, they might then have to issue a 1099.

The then the contractor over here that did the work would have to still report it on the form 1040 But this time, they would most likely be having a Schedule C business.

And in this event, they would only get the 1099 from the person they did the work for if the person they did the work for was a business and the IRS was able to pressure them and say hey, do you want to get the deduction, then you better be in compliance by issuing a 1099 so that we can get the money from this person over here and make sure they’re paying their taxes. If on the other hand, this is an individual,

the one that’s a pain in the customer is going to be an end user, and the iris doesn’t have that same kind of leverage. So so that means the business owner is not going to get the 1099 In that case, but they should still be reporting the income. So that’s going to be the general the general idea of it.

So the different forms we’re talking about, then would be a W two form and usually for for smaller kind of returns, then you’re going to be you’re going to be having these forms that will of course, drive your data input. And as a tax preparer, you want to think about the idea of, do I want to do smaller returns?

Or do I want to specialize in larger returns, and and then tailor your tax business towards that because you don’t want to be you want to, you want to, you know, make sure that you’re working within your niche.

And so if your business model is to do a fairly low profit margin, but do a lot of returns, that are going to be somewhat automated, possibly using software that’s going to help you to automate the whole process, then you then that’s what you want to focus in on.

And if you’ve got returns that are more complex, maybe you partner up with other types of tax preparers that can help you to pick up those those more complex components as well. Or are you a tax preparer that

does specializes in business returns, which are typically more complex and might not have as much forms that are going to drive the data inputs? Or are you going to come focus on larger and higher income people which often have property and so on rental property in second homes, and so on, which can complicate things.

And so therefore, one return will take more time, but you want bigger profit margins.

So when we have the interest income, that’s going to be a 1099, i n t typically that you’re going to be getting the format of these might look a little bit more more different from the bank or different banks, but the box numbers will remain the same.

We’ll talk more about them in future presentations, we’ll look at each of these forms, or most of them in more detail royalties, for example, 1099 misc, miscellaneous dividends, a 1099 di V,

which are going to get from like your mortgage brokers, and so on for stocks and bonds and whatnot that you might be having, or stocks that you might have distribution from retirement plans. So this, of course, will be more applicable.

And tax benefits of the of not being taxed on in essence, that earnings up until the point that it’s distributed. So when they distributed, that’s when the income is going to be had at that point, gain on sale of investments 1099 fee.

So if you sold something like stocks and bonds, the typical types of things that would be sold their business income, 10, nine, nine in etc, this is a relatively new form. And it’s going to be used quite often because it used to be reported on the 1099 miscellaneous. So that’s going to be quite common Social Security s s a 1099,

this would be a 1099, meaning you’re getting the benefit back you’re not this isn’t you paying into the Social Security that you would be doing if you’re working as an employee or self employed,

that’s taken out of your wages, or you’re paying self employment tax, this is you receiving the benefits at basically, you know, elder more older years that in essence retirement kind of age.

And you will see if you have to report that as income, we’ll talk about that later. Gambling Winnings possibly ever been reported on w two G. So if you went to Las Vegas or something and you got gambling winnings, then W two g is something that you might get, if you pay independent contractors, you may have to file Form 1099

In EC nonemployee compensation to report payments for services performed for your trade or business. If the following four conditions are met,

you must gently report a payment as non, we’ve got the W two g. Now these are going to be some of the more common types of forms that you might have. And when you get those forms that’s going to basically drive your data input.

And you might even be able to automate that if you’ve got some fancy software to help you to just take that information in and populate it. But remember, as tax returns become more complex, then these forms in and of themselves might not be you know aren’t going to be sufficient in order for you to populate the tax returns.

Because for example, you might have an income that is not reported by some of these forms. And when you’re talking about income, like business income, if it’s a Schedule C type of business or something like that,

do I want to have a high volume of returns that I would like to be populating as automatically as possible that will be driven by just the data input forms? What are those returns look like? How to pick up those clients?

What will be the profit margin looking like there? Or do I want to have a system where I’m going to focus more on complex returns, possibly complex returns with a business component? If you have more of a business nature possibly had an accounting background to CPA for example,

picking up Schedule C businesses, possibly then to other types of entities, like flow through entities? S corporations, LLCs, for example, even those places you probably want to specialize in a particular industry, if possible, maybe and then or do you want to basically focus on higher income,

in essence tax returns, that will have just more complexity, just in general due to more investment income, most likely property, possibly vacation homes and so on.

And as you get into more complexity, then you’re gonna you’re gonna have to go beyond just the data input forms, to to report all the other added kind of components that will be involved. So we’ll talk more about some of these forms and how to report that in future presentations.