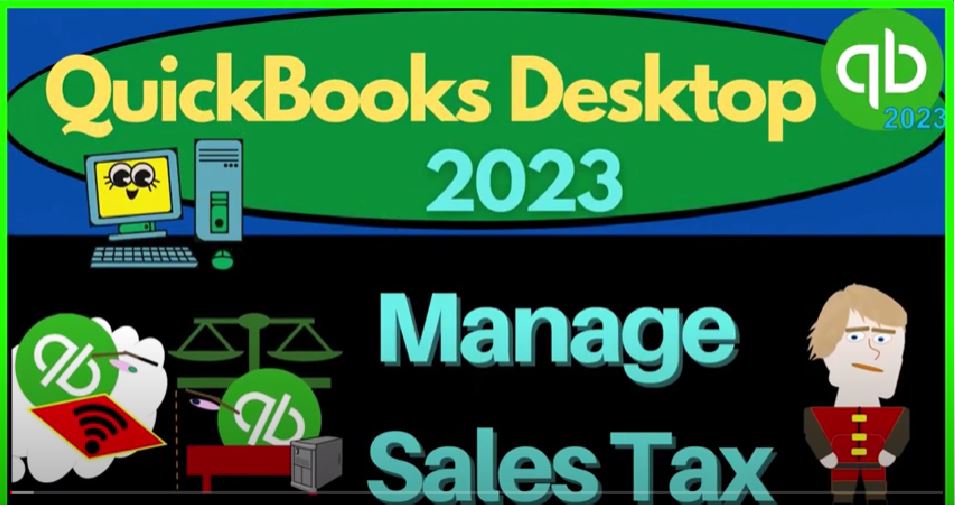 Here we are in QuickBooks Desktop sample Rockcastle construction practice file provided by QuickBooks going through the setup process we do every time maximize on the homepage to the gray area, view drop down open windows list on the left hand side reports drop down,

go into the company and financial looking at that P and L Profit Loss income statement, tab a 10124 to 1231 to four January to December 2024.

Be in the range, customizing the report. So I can go to the font and change the font on up to 12. Okay, yes, please.

Okay, go into the reports up top, again, company and financial, bring it on down to the balance sheet standard, this time changing the date to 1231 to four. And we’ll customize that report. So we can go to the fonts and numbers and change that font size up to 12.

Again, okay, yes, please. And okay, that’s the normal setup process, we’re going to bring it on back to the home page, remembering that we’re focused in on the vendor section vendors being the people that we ultimately pay for goods and services.

Quick recap, how do we pay those people? Well, we could do an electronic transfer, in which case we could be reliant on the bank feeds, the bank feeds will typically record a check type form,

that being the form that is used to decrease the checking account other side go into an expense, we might actually write the check. When we write a check, we want to enter it when we’d write it not when it clears the bank typically, and then reconcile it to the bank.

We’ll talk more about that in future presentations, we might move to an accrual based method where we’re going to enter a bill,

If you have inventory, then you have this other row up top, which could include the purchase order or request for inventory, no financial transaction being entered at that time, when you receive the inventory,

then you can enter the bill with the inventory record in the inventory and the accounts payable at that time. Now, you might then say, well, where does this sales tax kind of fit in here, I don’t see any arrows go into it or anything like that.

you might be saying why is this little button up here, then why isn’t it down here and the customer side of things, because that’s when we’re going to impose the tax. In other words, in theory, the idea being when someone purchases something, that’s when they’re going to get taxed on it.

So so that would mean that when you create an invoice or a sales receipt, those would be the forms that you would think would be triggering the tax, in which case we would charge the customer, the customer in theory being the one that is paying the tax.

And that is true. That’s basically how it works. So why is this thing up here, it’s because when we create a sales receipt or an invoice and charge the customer for the tax, then it’s going to increase a payable account.

because you’re really paying the tax collector, who is really collecting in theory from the customer. And you’re kind of like the in between person, you’re not really buying anything from them. But that’s the idea.

So you can see it acts kind of like a payable account, because we’re gonna have to pay it off in the future to to the government. So let’s go back to the homepage. Just a quick recap on how you can how this would basically be set up.

We’ll go into this in more detail in the future. But the general idea is that if you’re subject to sales tax that would be dependent on your locality that you’re in the state and local local The area that you’re in, and then the things that you sell.

Oftentimes, in the United States, services are often not subject to sales tax in the end. So it’s usually the inventory that’s been sold to the end product, the customer, that’s usually going to be subject to the sales tax.

So then you would turn sales tax on by going to the Edit, drop down preferences. And you could do this when we set up the company.

We’ll talk about this when we set up the company in a lot more detail. But there’s the sales tax, you have to add the sales tax item, which you could do here, the items are something we’ll look at look at later.

such as an invoice or sales receipt, let’s make an invoice. Let’s go back to the prior one. This one has some sales tax, I’m going to close out this,

notice the sales tax is now being applied down here based on that item. So now it calculated out the total cost that we’re charging, and then the cost of the sales tax.

So we’ll talk more about an invoice later. But if we just kind of analyze what’s happening here with an invoice, the invoice is going to increase the accounts receivable, we were going to say the other side is going to go to income,

But that’s and then you and then when you pay the sales tax, you would think that would be an expense, right? But the idea is that we’re not the one paying the sales tax,

so therefore it shouldn’t hit the income statement at all. So basically, that 11419 goes directly when we create the invoice or sales receipt to the liability account.

And then we pay off the liability account. So for example, when I create this invoice, if I go to the balance sheet, and we go into this sales tax form, then I’m going to change the date up top from a 101 to four, we’ve got we’ve got the increases with the invoices to the sales tax, and then we make the payment with the payment.

But that’s the general idea, it’s going to go up the sales tax is going to go up whenever we make a sale, which is subject to sales tax, and then we’re going to have to pay it down periodically. So you can think about how this might work.

Then, of course, and we’ll talk more about this when we do the longer practice problem and actually set up the sales tax. But if you might have to pay the sales tax a monthly or quarterly or possibly even yearly or something like that, because and that would mean that you pay monthly, for example,

in the month of January, the sales tax would be going up and up and up. And when you collect money from the customers, and then you’ll have to pay it by the end of February,

let’s say right, you’d have to pay it in the following month. So the way you can pay it, the way you pay it down is you can go to the Home tab. And that’s where this button comes into play.

So now the button comes into play. It’s a little bit different than the bill because notice in the bill, we increased the accounts payable with the bill for something we actually purchased.

And then we pay it down. The sales tax has a payable account, which is similar, but we never entered the bill because we never bought anything. We’re just the middleman that’s collecting the taxes for the government. So we actually made a sale.

We collected money that we don’t get to keep we have to pay it to the government. So then we would go into the manage the sales tax and we have some information like the sales tax liabilities,

so you could pay it from the checking account, the check date, a shell sales sales tax do through, it’s going to show the sales tax due through the fall at this point in time.

And usually, again, if we pay it like monthly, if it was the end of the year of 2000, we would pay that this sales tax that was going up or been accumulated up through November that we would pay sometime, say in December would be the general idea.

decreasing the sales tax. So it’s just like a check form. It’s just that we’re using this cool little widget to do it to help us manage the sales tax.

So if I go, if I go back to the balance sheet, then you can see that in this sales tax payable, that little widget will create the payment of 10124. And we’ll see the sales tax payment here.

Right there. So there’s ones that that’s been created, the other side’s go into the checking account. So it’s basically just a check,

it’s a kind of a fancy check, or, and here’s the actual form that’s going to be created from that widget widget. It’s just like a check, except that at the bottom, instead of just having an expense account. It’s got, it’s got this little sales tax thing, which will look similar.

Here’s a normal check looks much the same. Except down here we’ve got something similar to what we saw on the bill form and expense in an item tabs, it’s going directly to this expense.

So the general idea is that we’re going to once everything is set up, which we’ll talk more about how to do in the second half of the course when we start up the company from scratch, if everything is set up properly, then it should be pretty easy to move forward.

Because we have the system set up. It’s the setting up that really gets it under you to understand it more. And we’ll do that in the second half of the course.

which is in essence, just like a check form, you might say why don’t I just use a check form because we’re using a special check forms similar to the special Pay Bill form, which is going to help us to manage the proper amount to pay.

And it’s going to give us a special little icon. You know, in the GL kind of data that we’ve been looking at the transaction detail reports to show that that is a check that was basically done through the sales tax thing, which gives us a little bit more added information which is nice