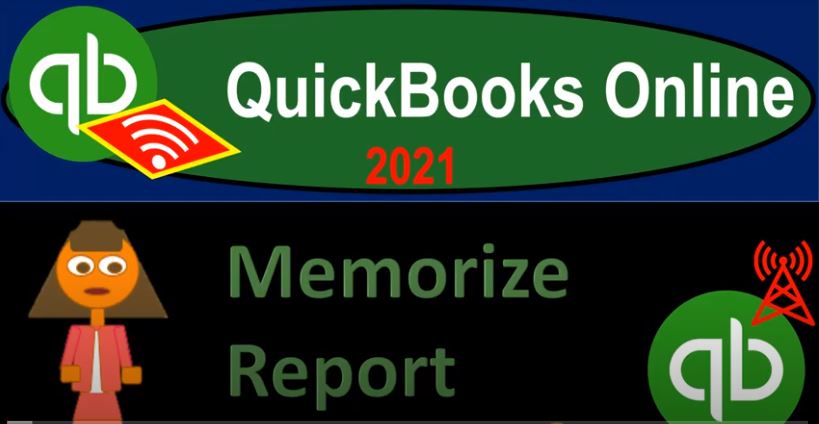 You also have more flexibility with sorting your reports with this second tab, the Custom Reports tab. So nothing’s in there. At this point in time, we’re going to think about saving our reports to this custom reports area. A couple things you want to keep in mind. If you have multiple users, when you’re saving the reports, then you might want to save the reports for yourself where you might want to share them with particular other users or everyone. So that’s one thing to kind of keep in mind. If you have more than one user, who do you want to be sharing these reports with? And then to how do you want to group the reports.

Once again, if you have multiple users, one way to group the reports will of course be by name, you might want to say hey, these are the reports that are most important to me, I will sort them by name. You may also think about sorting your reports by flow system, meaning possibly, if you’re in the accounts receivable department, you have different favorite reports or customer reports, then you would have an accounts payable, or payroll. So you can think about the system or the flow systems that we thought about when thinking about the the different forms meaning customers or receivables vendors, payables and the employee, he kind of cycles.

The other way you can think about reports is grouping them by when you need to display them. So you might have, say, for example, external reports and internal reports, those that you’re going to use internally, when you help you when you actually create the financial statements. And then external reports that you will then group together as you provide those reports, either to your supervisor or to clients as needed. And that’s going to be the scenario that I’ll kind of run down at this point. So we’ll make some reports will memorize them, we’ll think about having a report that would be internal versus basically an external type of report.

So if I go back up top and I customize this report, then I might say that I want to remove the pennies, for example, maybe I don’t need to see the pennies most of the time. And then I’m going to make the negative numbers as we have seen in the past, I’m going to show the negative numbers as read. And then down at the bottom, I’ll keep them these items to date prepared, and the time prepared, so on for the internal reports, because maybe that will be useful for me internally. And I’ll just basically make these minor changes to the report itself. So if I run the report, there we have it.

And so then we can share it now we could share with other people everyone or if we had particular people that were we’re using other users of the QuickBooks we could share with particular people share we reports with community you can share with the community as well, you share only your customized report structure and not the financial data. So if you want to, you know, if you make a really nice custom report, you want to share it with the QuickBooks community, but not the personal data, just obviously the setup of the report, you can do that as well.

And I’m going to say I want to add the report to group. So I’m going to go to this drop down and add a group. And I’m going to try to put my name here again, Robert, Robert. And okay. And so when you add this report to the group, it will follow the schedule set for the group. Okay, I’m gonna say save it, and close it. Okay, so now we have this little drop down. And then we have that report, that’s going to be our internal report. Obviously, the other report we would want is basically an income statement. So we would do the same thing, possibly for an income statement, I’ll go back on over here, reports, standard tab, this time,

So there we have it. So now we’ve got those two items. So let’s now think about external reports that we might give them to on a monthly basis, or yearly basis, I’m going to think about those two different scenarios, we’re gonna have month end reports. And basically, you’re in reports. So let’s try to try to do this again, I’m going to go down to the reports and say, All right, let’s, let’s go to the first report, we would want once again, a starting point of a balance sheet report. Now I’m thinking of it as an external type of report. So I’m going to go to the customized reports up top.

So we’ll put it there as well and save that, then go back to the first tab, refresh the tab again. So now if I go into here on my custom reports, now I’ve got my internal reports under my name, I’ve got the month in reports up top that I can use for my month end information. And my year end reports. And it didn’t save the month in report. So let me try that again. I’ll go back over here customized report, and put this into a month end report as well save it. I’m going to change the name slightly this time and save it. So if I go back to the first tab in the reports, now I got to month in reports. So I’m going to try to edit this one and put it into the year end report.

So I’m going to edit that I’m going to put year and so this is a balance sheet, year and I’ll say year end, and then I’ll put this into the year end reports. Save and close that. So there we have it, I think I finally got it straight here. So then let’s go back to the first page again. Now on the month end reports. For example, you might want like a month by month comparison, whereas if the year end report, maybe you don’t want it maybe you want a year over a year comparison. So for example, on the month end reports I might do something like this. So let’s put this back to our 1201 To one to 1231 to one, I’m going to run that report.

And then we’ll do our report where I’m going to take the prior period, in this case, the prior month, so November, and then I’m going to look at the percent change and the dollar change or dollar change and percentage change. And let’s run that report, I’m going to change the header to make our comparative report again, as well. So and I ran it for 2021. So there’s no difference, we ran it last time for 2020. But it doesn’t really matter, because what we’d really want is just the formatting of the report and then be able to change the dates later.

So if this was as of a 101, to one, running that report, for the year in reports, I might want to compare a year to year kind of report. So I might go back in instead of doing well, the previous period, I could do that previous period for a year now. But I want to say the previous year now. And then I’ll run these two items.

And then we’ll have that item as well. So this is this will be a slightly different for the year end reports. And you can kind of think of how this will work. Obviously, you’re going to have if you think about the reports, you’re grouping together, and you’re the reports you want to present, say to a customer or to a supervisor or something like that, you want to think about Okay, if it’s within the quarter, for example, January and February, you might have month end reports on the quarter end report, you might have a different package that will be having some different reports for the quarter end type of reports.

So and if you put them all in into a memorized list, then you can have them all basically in one place, and you can generate them fairly easily. So I’m going to save this one, then I’m going to customize this one, this is going to be a comparative. And this will be for the year end. And so we’ll go ahead and save that. And that should be enough just to give us an idea of this. So then if I go back to the first tab, and we refresh this tab again, so now on our month end on our month end reports. And I didn’t get everything in the year end report down here.

But this one I put into the month end again, didn’t I? Let’s edit that I can edit that. And I want to put this into the year and this time, sorry about that. And I’m going to say Save and Close check the report period for this report. Okay, so there we have it. So just to give you an idea how you might do this. So at the end of the month, you might say these are external reports that I formatted for external use. And they might look you know, obviously different than the reports that we might have for internal use.

The reports for internal use, you know, obviously are going to be geared towards us wanting to jump back and forth and verify what what we need to do for internal use external reports being used for presentation purposes. And then as you present the external reports, they might have different reports for a simple month in report or possibly you’re doing this every week. You know, you’re doing data input every week and you want to give some weekly reports, monthly reports. quarterly reports will might be different and more comprehensive.

You might have more reports, yearly reports might be more comprehensive and you might need more reports for things such as payroll or other you know, urine information 1099 type of reports and things of that nature. This is just one way you can outline the reports However, if you have a larger company and you have a lot of different things Working in in QuickBooks, then again, you might just sort the reports either by cycle, you know, the cycles, as we talked about before or by person that is using that, that particular report. Or you might run the report in some other customized way. There’s a lot you can do it by date or something like that.

There’s lots of different ways that you can, you could set up your customized reports, but again, they can be a really good tool. And like I said, if you like to go back to your reports and look at them a specific way, such as putting brackets or just red and brackets around the negative numbers or removing the pennies if that if it’s easier for you to look at that way, then it’s really easy to set up these custom reports and just set them up and then those are the ones that you can always go to without having to reformat your reports and have them look and feel just like you want them to