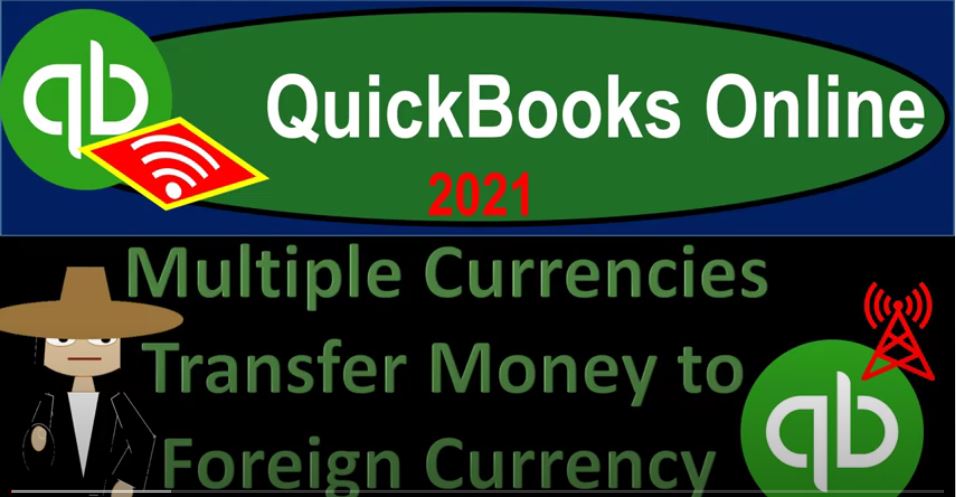 we’re now going to be opening up our financial statements by duplicating some tabs up top, going to the tab up top right clicking on it and duplicating it. doing that again, right click on that tab up top and duplicate again, opening up now our financial statements by going to the reports down below. And we’re going to take a look at the profit and loss first, otherwise known as the P and L, the income statement, do the date range change up top, it’s going to start at a one a one to zero to 1231 to zero, that’s not a to or to zero.

All right, one more time. 1230 120, run that report, closing up the hamburger holding down control scrolling up just a bit to get to the one to 5%. Next tab to the left, opening up the balance sheet by going to the reports on the left hand side, go into the good old balance sheet vs balance sheet date range change up top from a one a one to zero to 1231 to zero, run it and then close it referring to the hamburger.

we can use that then to calculate the proper amount in terms of the current exchange rate so that we can then pay it off with the yen, which is what we’re looking into at this point in time going back up top. So the next thing we’re going to need is some yen in order to pay it off. So this is the US dollar equivalent of the yen that we’re going to be paying we’re going to be paying it we’re saying it’s 400,000 in yen, and therefore we need some of that in order to pay it. So typically, then if we go up top, we have our checking account here.

Now normally, what we’re going to do right now is take it out of the US dollar checking account and transfer it into an account that would be holding yen, so we’re going to do a foreign currency kind of transfer taking us dollars purchasing yen, taking enough yen so that we can then pay off the accounts payable with the foreign currency. Now it might be possible then if you go to the first tab over here, if you were going to pay it out of the current checking account, we’re not going to record this. But just for an example, if I went up top, and we would set an expense type of form.

We’re looking for a yen down here. Just scroll down here, bear with me. There’s a bear with me Hold on a second. There it is. It’s up top because it’s in the one of the currencies we’re using here. So I’m going to pick that one up. So that looks good. I’m going to go ahead and save it and close it. So there we have it. I do need to change the name however up top I’m going to put checking for JP why. So there we have it. Now let’s go ahead and save it and close it. So now we have in our three checking accounts one in the in the US dollar and then the Japanese yen This is in the Canadian currency.

Let’s edit that one. So I can put that in the name. I’m going to edit that one. So that we have in the name here. This is ca D ca D So we’ll save that. So now we’ve got our three currencies, US dollar, C, A, D, and the JPY. Okay, so now let’s do this first in Excel. So I’m going to go back on over to Excel and just see what it looks like in terms of a journal entry, we’re going to take some of this money, which is in US dollars transferred, exchange it for the foreign currency here. So this foreign currency is currency, it’s kind of like cash, that’s what can be a little bit confusing, because it’s a liquid thing, liquid acid, however, we’re going to value those foreign currencies with the US dollar equivalent.

And then the checking account then is going to go down checking account is going to go down by 42,000 cash, which we converted to yen, and now we’ve got the yen on the books at the 42 four. Let’s do that in QuickBooks now. So now that we have our bank account here, we can do that transfer. So I’m going to think about a transfer that’s happened, it’s going between the the the US dollars and the yen. So if I hit the drop down the forms that we could then use, we can use a deposit form, we can basically use an expense form, or we possibly could use basically a transfer forms considering it’s going between the two bank accounts.

So once again, if we use the deposit form, then of course, we can record a deposit that would be going into the account we just set up in yen, we can then use an expense or check form, which would be decreasing the checking account, or possibly a transfer form, which might be the most, you know kind of appropriate since it’s going from one account to the other, then in the currency down here, I’m going to say that this is going to be in yen, so we’re going to say this is going to be in the yen, and I’m going to pick the date, which is we said 1029.

So I’m going to say 1029 to zero, and then it’s going to go from the US checking account to then the yen account there, that gives us the exchange rate. That’s what the exchange rate would actually be we’re going to change it for the purposes of our practice problem, the amount in terms of yen dollars, is 100,000 or yen currency will be that 400,000. And then if I was to convert that, then the balance should be in US dollar equivalent if we pull out the trusty calculator 400,000 times point oh 9573. But we’re going to be then adjusting this rate to what we have in our practice problem, which is substantially different here, which is going to be the point 106 point 106.

So we’re going to say point 106, not an accurate exchange rate. But you see what it’s doing for the purposes of our practice problem. And this is going to be for the 400,000 then at the times the point 106. And that’s going to be the 42 four. So this then should be increasing transfer from the US checking account to the yen. So let’s go ahead and save it, save it and close it, see if it does what we expect it to be doing. Going back on over to the balance sheet here, we’re going to refresh it by running the report again. And now we have up top we’ve got the checking account at the 42 four.

That makes sense because that’s that’s what we should have here. So we’ve got the 42 four there, and in the cash up top, we are at the 28 five, or sorry, that’s not right, we’re at the 57 600. So if I go to the 57 600, then that there’s the 42 four that was transferred out. If I check that out. 57 600 looks good. And then if I go back up top, we then have the 40 to 400. So once again that 40 to 400 of course represents now physical units of yen that we have in there of the 400,000 but it’s USD equivalent, little bit confusing because it says here, checking account JPY, which you would think that that would represent The units that we have,

but that would be just like you can think about as similar as just as as if it said like investment in a certain stock like apple or something like that it wouldn’t then show the number of Apple stock units over here, it would show the US equivalent, because we measure everything in terms of the US equivalent dollars, that’s our measuring tool, right now it’s our home currency. And therefore everything, everything, even other currencies are gonna have to be measured in US currencies. So that’s what we have at this point, let’s go ahead and look at our trial balance, there was no impact on the income statement yet,

because we just transferred from one checking account to another, let’s go up top and then open up the good old TB trial balance by going to the reports typing in trial balance, so we can like find it, that’s how you search for it. And then there it is, trial balance and a whole close the burger and range, change it up top from a one a one to zero to 1231 to zero, run it and then scroll down. Let’s check it out. It’s a little bit out of order here because of you know, the QuickBooks has an order by the name of the account. So in alphabetical order within the category, so 57 628 560 and 42 four, so we’re at the 57 628 560 the 42 four, so it’s just a little bit different order of the accounts,

that’s okay, I’m okay with that 41 642 four, so we got the 41 six here and the 42 for retained earnings then is the next one we’re on 100,020 731 100,000 to 27 three, then we have the 460 which is the net of these two accounts here gains and losses netting out to be that 460 so it looks like a ties out. We’re gonna go ahead and print out the trial balances whenever we remember to do so so you can check them out if following along with these practice problems.