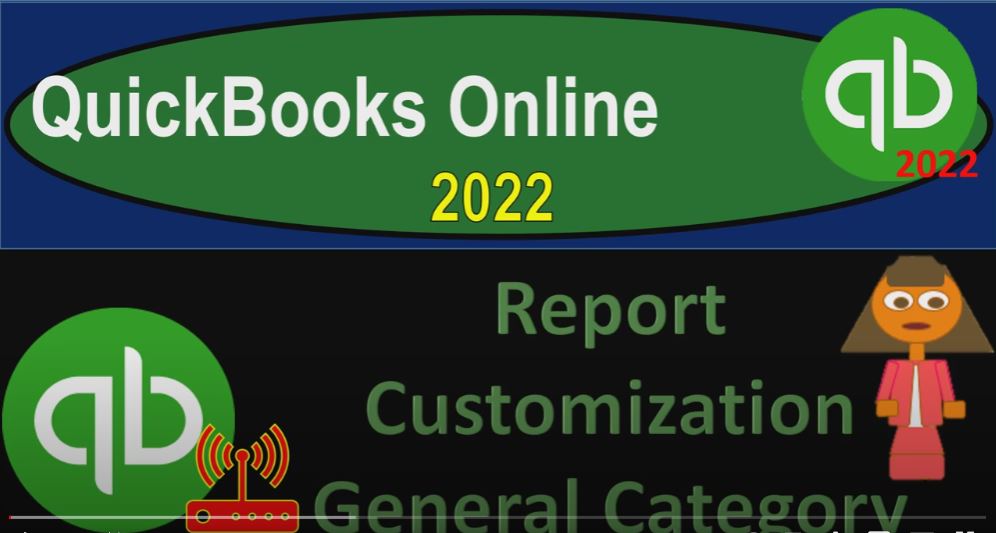 We’re also going to have the free 30 day trial version open just so we can look at the Business View as compared to the accounting view. If you don’t have access to this at this time, that’s okay, we’re going to use it more in the second half of the course, back to Craig’s design and landscaping services, we want to open up our balance sheet, our income statement and our trial balance by right clicking on the tab up top,  we’re going to duplicate that tab,

we’re going to go back to the first tab and duplicate it again, right click and duplicate one more time. Back to the first tab, right click and duplicate the tab again, as those are formatting. Also, just note that when I go over to the business view over here, as opposed to the accounting view, you could then go up to the reports, which is in the business Overview section.  And you have your reports down here. So it’s a little bit different of a layout. But once you’re into the reports, it’s going to be the same type of stuff in that area. If we go back on over to Craig’s design and landscaping, and now we’re looking at basically the accounting view versus the Business View.

So we’re now in the accounting view, then we’re in the reports on the left hand side.  And we’re searching for the favorite reports starting out with the balance sheet report. And then we’re going to customize the range up top from Oh 10121 to 1231 to one and run that report closing up the hamburger going to the tab to the right, going back down to the reports on the left hand side,

this time the P and L profit and loss also known as the income statement, changing the date range from 101 to one to 1231 to one and run it.  And then finally the report to the right hand side of the tab on the right go into the reports down on the left side. Where this time I’m going to type in trial balance, which is in essence, the balance sheet on top of the income statement without all the subtotals we’re going to then range change it from a 101 to one to 1231 to one and run it. I was runnign closing the caret.

So the report periods, this is a repeat of what we all always already have on the left hand side.  So we already have this information. So I’m not going to go into that, again, we saw that in the prior presentation, we then have some of the new stuff, we have the divide by 1000. So if you have a large dollar amount of reports, then you might divide by 1000. So if I enter that, then we’re going to have the lower dollar amount. So divided by 1000, which would be more readable.  If you had the large type of reports.

Notice that it’s like 2.1 at this point in time. So 2.1 1000 That would be you can also go up top and then customize it. And if we removed the cents, it’ll take that that decimal out as well. So if I remove the sense, it will then take the decimal out.  So if I go back up and customize it again, let’s put it back to where we started. We’ve got that out.

And I’m going to keep that we’re going to accept the zero amounts, I’m going to keep that as the default as well run the report. So there we have it again. So we’re back to our normal space. Now the other thing you might want to do is remove the pennies. So maybe we don’t want to divide by 1000.  But we just want to take off the sense because possibly the sense is something both of these options divided by 1000. or removing the sense may clean up the reports make them easier to see.

So that’s in any case, that’s generally my default, we’ll talk about in the future, how you might want to save and customize reports. And possibly keep in mind as you do so, the reports that you want to look and feel for an internal report basis as you do data input, and see the impact on the reports versus the external basis what you’re doing, and then given for external use, now, the negative numbers,  you can represent the negative numbers with negatives, you can put the negative on the right hand side, I kind of like the brackets to emphasize it a little bit more. So if we had a negative number,

then it would be now populated with a bracket around it. So we have the negative down here, you can also make the negative standout even more by making them red.  So we could go up and customize and say I want to make the negative numbers red and bracketed. So I’m going to say run that report. So now they’re going to be red and bracketed down below emphasizing them a bit more. Again, this could be you might have different preferences for internal report uses and external report uses with regards to these types of items as well.  Scrolling back up top, notice that you don’t have quite as much options with regards to the like the font type.

And that kind of stuff as you do with a desktop version, they actually give you some color coding and stuff that you can do, you don’t have quite as much of the flexibility I hear. With that. However, of course, you can export the reports to excel and add some more of those touches as well.  And just a little little kind of variance in in the reports can customize the reports a lot. And can it can go a long way as to make them a little bit more customized. We’ll also talk about the exporting the reports in the future to excel.

And think about how you can customize one in Excel and also how you can basically use Excel to print multiple reports basically into one PDF file without having, you know,  advanced software or advanced Adobe writer or something like that, to do it. And again, these types of things, that presentation of the reports, when you’re a bookkeeper, or when you’re working internally, are going to be one of the big things you need to do you want to present it to someone so it doesn’t overwhelm them.

So that they can have the files that they can put together easily.  And so and also so it can it stands out a little bit, possibly from other reports with a little bit of personal touch to it, possibly. And so just putting some negatives around it and making the bracketed and reducing or removing the pennies can do a little bit of that, if we go into the rows and columns.  This is where we got that that total rows and the active rows, we saw that information on the right hand side. So I’m not going to go into that in detail.

And then we’ve got the active items. Again, we saw this in the prior presentations because it’s also right here, you got the change the columns, information, and now you’ve got the previous period, the change, and so on.  And we saw that as well. In the prior section, that area is right up top here as well. So you could do all that stuff. It’s kind of repeated in the custom as well as up top in this basically the ribbon area at this point in time.

Obviously QuickBooks could change that and change the look and feel whenever they want.  So but those general options you would think would be remaining because there are good options. So in future presentations, we’ll go on to the filtering options a bit and then go into the header and footer information.