Remember, our cutoff date is at the end of the second month. So we’re going to be saying oh 10120220 229 to zero, then we’re going to go ahead and run that report. I’m gonna duplicate the report by going up top right clicking up top and duplicating. Then I’m going to close up the hamburger hold down Control and we’re going to scroll up just a bit. We’re going to then go down to our loans. Once again, I’m looking at those long term loans where we have one left, this is the 69 879. Now this one, you’ll recall that we put on the Books, it was on the books, and we’re going to say we consolidated it to get to 72,000.

So the loan, we’re going to say it’s at 72,000. After that consolidation, then we made two payments on it, to bring it down to the 69 879. This one’s going to be more of a traditional loan like a mortgage or loans, we’ve probably seen a car payment or something where we have the monthly payments being made. And this case, then, the monthly payments being made, I’m going to go back to the back to the balance sheet are going to be more than a year, so we’re gonna have to be making monthly payments for more than a year. So that means that we’re going to have a short term portion and a long term portion when we report this.

In other words, on an accrual basis, we got to break this thing out between the short term and long term portion. So a couple things we need to do, we got to consider whether or not the interest is recorded correctly. In this case, we have been recorded the interest correctly so that should be okay. Now we’re going to be breaking out the short term and long term portion. To do that, we’re going to need the amortization schedule. So I’m going to have to go to the amortization schedule.

Now, this gets a little bit confusing when you look at the amortization schedule, because the thing that you would think is you’d say, Well, the short term portion is just simply going to be the payment amount that I’m going to make 1359 times 12. Right, I’m going to pay 16,000 308 in the next year, and the definition of something being short term is that it’s going to be due within the next year. There’s a problem with that. However, What’s the problem with that? The problem is that there’s interest involved in that payment. And you might say, so I’m paying interest within the next year.

So I should be able to, you know, that’s what to do within the next year. But you can’t really include the interest because that would be like saying that I’m going to pay the rent on my on my office space for the next year. So I’m going to include that as a liability right now, you can’t do that. Why? Because you haven’t incurred the rent yet. You haven’t been in the office building, therefore the rent isn’t due, you’re going to incur it, you know, you’re going to incur a lot of expenses that you can predict that you will incur in the future, but you’re not going to put them on the books until they haven’t been incurred. And the interest is just like rent, right? you’re renting the use of the money.

You haven’t incurred the interest yet, you will be paying it but you don’t owe it yet because you haven’t had the purchasing power of the money over that time period to incur the interest just like you haven’t, you know, use the office space yet that you will be using less next year. So that means that we have to, it’s a bit more complicated, then we have to be breaking out just the principle, not the future interest payments. So this is the principal portion we have. And so this is going to be the principle that we’re going to have. And I think I spelled it wrong principal principal. Wow. Something like that principal. Wow. Alright, just to correct that for in case anyone was looking at that, and like I didn’t spell it right. I’m pretty sure that’s the right way. I’m still not positive, but I think it’s bad anyway. 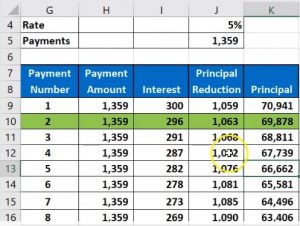 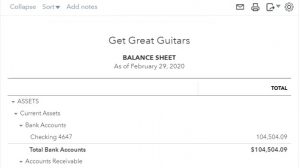 We’re not going to be using debits and credits, but it’s going to be making a journal entry form when we look at it on the financial statement and then we’ll get to see those debits and credits which will be exciting. Okay, let’s change the date to our cutoff date as all adjusting entries are as of the end of the month Oh to 29 to zero that’s we’re going to make our financial statements correct as of that time period, as of date, we’re going to say that this account will be decreasing, it’s going to be decreasing by the short term portion or the 13 109. So 13109 and it’s going to be going to the other amount that we had of the other accounts, which was the notes payable short term.

The adjusting entries are designed to then alter anything to be more on an accrual basis to be more properly accrual as of the end of the month. So if you think about these two things as being separate, especially if you have different departments, like a CPA firm, and and the client possibly, or two different departments of bookkeeping and then the adjusting entry department at month in, then you want to be able to say to if you’re saying you’re a client, let’s say you’re a CPA firm to the client, when they see the the Justin entry in there, they’re gonna say, Oh, that’s something that CPA did.

That’s something that, you know, the accountants did. And, and so so it’s not something I did, and therefore if I have a question about it, I can ask them about it. And so what we want to do is think about those two things being separately, Mark label what we’re doing in there. And if, uh, if I count shows up and they see something funny, we want to be able to explain that. And we also want to be able to reverse anything we do that messes up the accounting department logistically, because we’re not really correcting things oftentimes here, what we’re really doing with the adjusting entry process is something that’s part of the adjusting entry process.

It’s part of the accounting process. And we want to make it adjusted as of the time period end, so that it’s right on a financial statement purpose, and then make it go back to what it was before, so that it works logistically correctly, which is what the accounting department will be working with. So I’m going to go ahead and say save and close here. And there we have it. So now we haven’t marked off as the adjusting entry. And then we’re going to go back and there it is. So everything looks good there. We have our long term and short term portion broken out.