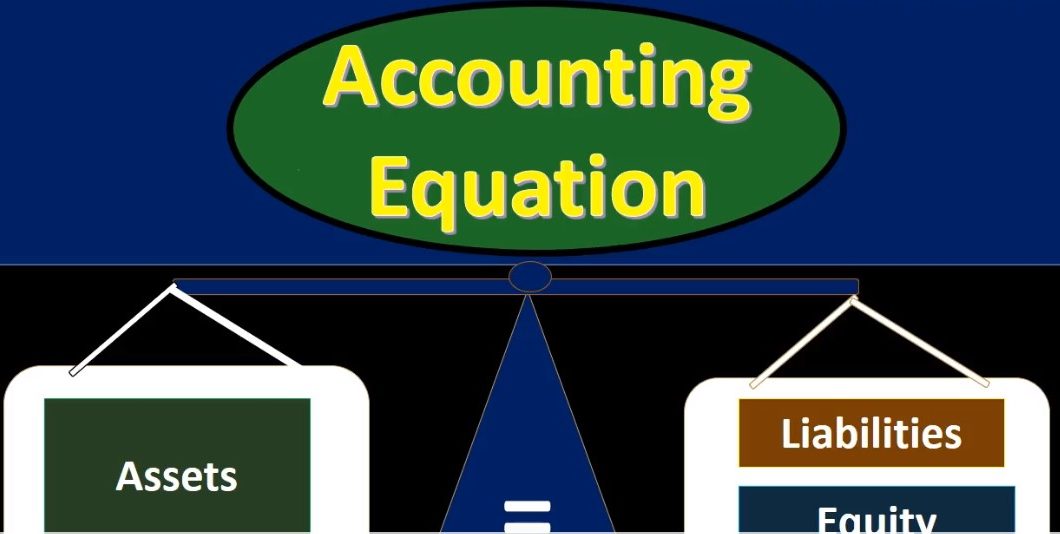 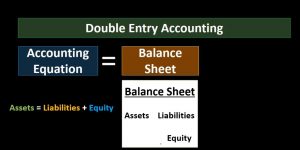 People in finance often will be discussing it in terms of the balance sheet, we can also express the double entry accounting system in terms of debits and credits. And when we’re working in the accounting department, this will be the most common format or one of the most in common format, because the debits and credits will be the building blocks. So when we present the financial statements, say to management or say to external users, investors or creditors, then we’re going to present it in terms of plus and minus format. And all the discussion then will be in terms of a plus and minus format.

But when we build the financial statements, when we’re talking to people in the accounting department and auditors, we need to we need to know that the same kind of concepts the same kind of bouncing concepts, the same concepts related to To the double entry accounting system will be represented in terms of debits and credits, we’re going to use the debits and credits in order to then construct something that will be in a plus and minus format will be in the format of the accounting equation. Now, you might be asking, why would we then do that if we if we have something of an accounting equation that works? Why would we then go to a debit and credit system, which is more complicated and less people understand? Well, it’s more complicated in some ways, it’s easier in other ways.

And the reason is that it is going to be easier in some ways to actually record the transactions once we understand the definitions of debits and credits. Understanding the definitions of debits and credits being something that’s not as easy to do we have to memorize and understand what that means. Once it’s been learned. However, it’s a better tool for constructing and compiling data, which then we can easily convert or fairly easily can revert to a plus and minus system so that we do not have to explain the concept of debits and credits to the users of financial statements to management to external users to investment investors to the IRS the whoever is going to use the data, we’re going to convert it back to the accounting equation.

The accounting equation, as we saw is assets equal liabilities plus equity. Remember that equity could be owner’s equity, could be partnership equity, it could be corporate equity, it could be stockholders equity, depending on whether we are a sole proprietor, partnership, or corporation respectively. The assets are going to be things that the company has, that they will use in the future. In order to achieve the goals of the company, the goal has been to generate revenue. So we’re always thinking about the accounting transactions in terms of that goal, achieving revenue, our most common asset that the first thing you want to think of is of course, cash. Cash is her most common asset or the first one that should come to mind the first one that will be on the balance sheet, and even cash our goal of the organization.

Remember, cash is not revenue, and therefore the goal of the corporation or the business is not to just compile cash. The goal of the business is to generate revenue, any cash that this business has, should be accumulated in order to achieve a future goal of revenue generation. If it’s not achieving that future goal. If we have more cash, then we need and there’s no future goal that that we have to expend that cash in order to help generate revenue, we should take it out of the company and actually give it to the owners the stockholders or the or the owner of the sole proprietor or the partners. Otherwise, if it’s within the company, we should be using it in order to help us to generate revenue.

So technically, in an accrual method, we should then be recorded as an asset until we consume it in the future in order to help generate revenue, things like computers and phones and whatnot. Those are also going to be formats of assets, not the phone bill or not the computer usage but the actual computers themselves and the phones that long live things the things we’re going to use for an extended period of time technically, should be on the books as assets. Now, note that there is going to be a joke usually some kind of constraint in terms of how much the dollar is Is meaning if the phone what we’re going to use it for multiple years, however, the cost of the phone is relatively small in comparison to the revenue generation of the company, we may just expense it, even though we’re going to be using it for a long period of time, because that’ll be the easier or faster thing to do.

So common examples would be something like a loan or accounts payable when we’re starting off there should be there’s often less liabilities than we will have in assets for the liabilities being alone is going to be a common first liability us owing the bank for usually cash received in the past a past transaction requiring a future payment. vendors are going to be an indication of accounts payable, that’s going to be our most common account that’s going to be similar to a loan but it’s kind of like a short term loan, you can compare it to something like a credit card transaction. If we were to purchase something on a credit card, we would have to owe something in the future probably 30 to 60 days we would end up paying that and that’s similar to an accounts payable something that we owe in the future in order for Some transactions that happened within the past.

Then we have the equity section, which is often the most confusing section. If we’re thinking about a sole proprietor, we’re thinking about one we could think about just one owner is what is represented by the equity section, meaning it’s kind of what is owed to the owner. So if we have the assets on the left hand side, and we think of the business as a separate entity, a separate piece of paper, that piece of paper must pay everything they owe, or contributed, or someone has claim to everything that that piece of paper owes either a third party in terms of loans or accounts payable or the owner has claims to these assets. So note what we will do is we will value all these assets in terms of dollars, and then we will then contribute who has claimed to those assets to either a third party vendor or the owner.

Remember that the owner in this case is a sole proprietor but if we had partners, we’d have to break it out into the partners two or more partners. If it was a corporation, we would have shareholders and we would have to break this out into the shareholders. Also note that we can see this accounting equation in a different format. This is the format you really want to look at when we’re considering financial accounting. Always think of this format.

But if you’re thinking about finance, or we’re just considering what this equity section means, we could reformat this mathematically as assets minus liabilities equals equity by just subtracting liabilities from both sides, which would then emphasize the fact the idea that the equity section represents the book value of the company, the amount the owner would receive, if they had, for example, sold all the assets and they had received the exact amount of cash that the assets were on the books for paid off the liabilities, then they would theoretically have that amount of cash left over. That’s what the equity section is. value of the company owners owning the company then being attributed that value in those assets minus those liabilities.

So the owner put cash into the into the business, cash is going to go up. And of course, who who is the business owner in that cash to the owner, the person that put the money into the business to hopefully help to stimulate revenue generation. Within the future. It’s also possible to have three accounts that will be affected or impacted by the accounting equation. For example, we could think of a transaction where we purchase a car, we put a down payment on the car, where we would have the asset, property, plant and equipment going up long lived assets, we would then have cash and other assets decreasing. And we would then have possibly a financing of part of the car meaning we owe money a liability alone of some kind, going up the assets in this case, the net effect of the assets would equal the loan meaning the amount of the car minus the amount paid would equal Of course, the loan that we took out in order to purchase the car.

So many of the transactions that we will be working with when we first start out recording transactions, we’ll just have two things happening to pieces, two accounts within the accounting equations will be affected most of the time however, it’s very possible and later on we will have transactions which will have more than just two components. However, it every transaction will have the rule of the balancing concept in bed, every transaction will remain assets equals liabilities plus equity. We can think of another transaction where we purchase for example, computer Inc. and we purchased that not for cash meaning cash is not involved in this transaction at all. We have instead a liability increasing so in this case, an asset is still going up assets still affected.

However, cash is not the asset being affected, the the supplies account will be going up and we’ll have an increase on the other side of the accounting equation in terms of a liability, that liability been accounts payable. Therefore, we see in this case in this example, If we were to see those transactions and add up those transactions pictorially, we would say okay, we still have some cash hopefully leftover, we’ve got a car in terms of assets, we’ve got ink, and note we would have $1 amount attributed to those, we’re not going to say that we have one car, when we talk about the accounting equation, we’re going to say we have so many dollars worth of karnas, we’re using dollars as the measuring tool, same with the ink here, and those dollar amounts attributed to the assets would be the same as equal to who they owe them to, in this case, the third party for the loan that was taken out and do what is owed to the vendor.

The difference then, is the amount that would be owed to the owner the book value of the company, in this case looking like a sole proprietor. In the case of a partnership, two or more owners would be allocated the assets minus the liabilities and the case of a corporation stockholders equity would be this section. We are now able to name the accounting equation, explain the components of the accounting equation and explain the balancing concepts related to transactions.