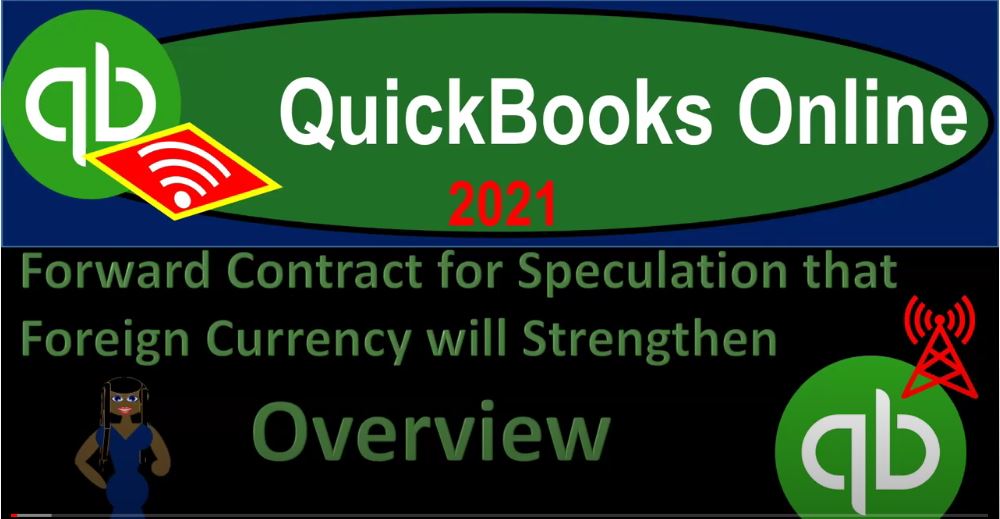 If you’re using some other currency, then the same concept will apply just in relation to whatever home currency that you will be using, then I’m going to turn on the multiple currencies that will give us a warning here saying hey, look, this, I’m paraphrasing QuickBooks and saying, hey, look, multiple currencies may be right for you, if you have financial transactions in more than one currency need help deciding about it, you can go to that link, if you want to check into it more.

And then QuickBooks, by default puts our neighbor here, if you’re in the US currency, being in Canada, because they’re saying, hey, they’re probably doing business with Canada, maybe, and then the euro. So those are going to be common too. But obviously, you can then go up top here and add the other currencies or any other currencies that you may be dealing with, and or, you know, remove these currencies, if you’re if these aren’t the currency that you want to be dealing with. Let’s go on down to the chart of accounts down below on the accounts. Now in a prior presentation, we thought about multiple currencies in terms of just logistically what you’re trying to pay in generally.

And that’s going to be the first thing to kind of think of when you’re dealing with multiple currencies. So if I close the hamburger up top, that means that oftentimes, or it may be the case that if you’re working with someone in another country, say we’re working in Canada, and where the US, then we might have something where we’re going to pay them in Canadian dollars, they might say, hey, look, I’d like to be paid in Canadian dollars, and we’re going to go,

That’s just logistically, if you’re doing business with a foreign currency, the major types of things that might happen just in the normal course of transactions, then you have speculation type of things that you could be doing on the business as well. When you’re thinking about speculation, you might be doing that speculation more as a hedge, meaning you might be saying, hey, look, I’m doing business, let’s say with a Canadian company, and I’ve got an accounts receivable, that’s kind of significant.

And it’s, it’s owed in Canadian dollars. So I’m exposed now to the risk of the exchange rate that could be between the US and Canadian dollars. And you might set up like a foreign exchange contract to hedge that risk to lower the risk of the the currency transaction, causing a gain or loss due to the fact that the change in a currency exchange rates from the point in time that you have the receivable on the books to the point in time that you pay it.

Now, note that there could be some accounting differences, depending on whether you account for something that’s like a hedge or just simply a speculation type of contract, but the general rule of this of this kind of thing will be similar. So that’s what we’ll basically take a look at now. So you’re basically now saying, or we could do a similar kind of process and just say it’s pure speculation, pure speculation that I think there’s going to be a change, a weakening or strengthening in the foreign currency units compared to our units. And we’re going to try to basically make a play on that and see if we can generate a gain on that.

But again, note, once you have the general concept of basically thinking about how you might speculate, then you can use that same concept to basically mitigate risk for transactions that are in the normal course of business, resulting in accounts payable and receivable in foreign currency transactions exposing us then to risk of currency changes, then we can use these same kind of concepts, basically, to hedge those risks, which again, could result in a little bit of change in the accounting policy.

But we won’t get into that now. But you can look at that in advanced financial accounting, if you want to take a look at more detail on that we have a course on that. So in any case, if we go on over to our practice problem, we’re basically going to speculate in this in this problem, that the foreign currency is going to get stronger. So we’re going to be dealing with Australian dollars, I believe in this practice problem,

So it’s not going to fluctuate in on our books, but the receivable will fluctuate. So the receivable now will be subject to changes in the exchange rate. So you might think, then, again, why would the broker do this, the brokers basically going to do this on speculation type of purposes, as well. So these are going to be basically, you know, markets transactions. So if you were to set something up like this, you might then think, Well, what I should do, then what should happen is, I should say,

Well, if I’m going to be having a receivable of the 100,000, in the future, I should take that 100,000 times the current spot rate, and that would be the receivable and the payable, that would be logical to be the case. But because we’re doing this speculation type of type of transaction, the broker is basically going to say, hey, look, we’re not going to base it on the current rate, there’s a market speculation rate in the future. So that’s going to be kind of the change of this transaction, that will happen. In other words, the spot rate for this example, we’re going to say is the point six.

So if I made a sale of inventory or something, and I said that we were going to, we were going to sell it on account, I would use the normal spot rate as we did in the prior transaction. We know what the spot rate is, because on the market of currencies, that’s what it’s actually trading at at this point in time. We don’t know of course, what the forward rate is, because this is going to speculate forward to 331. Sometime we’re imagining in the future, that this will become that this will become do we don’t know what the rate will be obviously, in the future. That’s a speculation.

we have now got a foreign currency basically exchange gain resulting from that transaction. And so that’s kind of the process that we’ll set up with this foreign currency. So notice if I have it on if I have this, this setup, the for the forward contract will typically look something like this right, we’re gonna have either a receivable or a payable that we’re going to be receiving or pain in foreign units in the future, and then the other side will be in US dollars. And if we’re talking about the receivable side of things being what we’re going to be receiving in foreign currency in the future, we’re basically betting that the foreign currency will get stronger over time.

But I have the same exposure, because now I’ve got, I’ve got foreign currency units that I’m going to promise to pay in. So I’m exposed then now to the risk of the currency changing in relation to the US dollar. So I could then set something up like this to kind of mitigate or reduce the amount of risk that I would have on that. And that’s how you can kind of use this in a practical way, as opposed to just a speculative type of way. But no, when I if I, if that was to happen, when I make the purchase, I would be using the spot rate. So it’s not a perfect kind of hedge, right, because when I make the purchase, I would typically use the spot rate.

And when I put this on the books, I’m using the speculative rate in the future, that’s what the rate, I’m gonna have to use it so those things are aren’t a perfect difference. Again, if you’re setting something up as a hedge, there might be slightly different accounting, that would be taken into consideration. We’re not going to get into that in detail now. But just putting out my the idea of the concept of of a forward contract and how that might be used from a speculative standpoint, and from the standpoint of, of usefulness to mitigate the risk from a business standpoint.