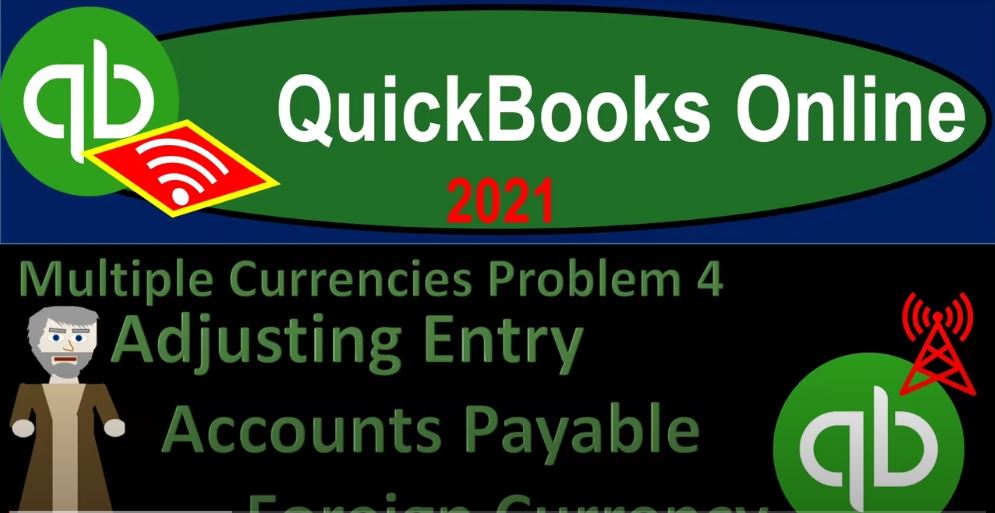 Now we’re going to be opening up our financials, go into the tab up top right clicking on it, duplicating that tab, go into the tab up top again, or right clicking on it again and duplicating it again, then we’ll go down to the reports on the left hand side opening up the starting out with the profit and loss the p and v l scrolling back up top date range change from a 101 to zero to 1231 to zero, we’re gonna run that report, nothing’s there yet, so a little bit boring, but that’s okay. holding down control scrolling up just a bit to that one to 5% closing the burger, go into the second tab to the left.

Now back down to the reports on the left hand side, this time opening up the BS balance sheet report, balance sheet, report date, range change up top from a one a one to zero to 1231 to zero, run it close up the hamburger. Okay in prior presentations, we’ve purchased equipment, we purchase equipment on account meaning we’re going to pay for it in the future, but we promise to pay in a foreign currency that being Australian dollars when our currency home currency is the US dollar.

So we put then the equipment on the books, and then we had a payable down here, that is going to be in the foreign currencies, then, in order to mitigate the risk of that payable in case there was a currency strengthening in the US dollars, we also put a forward contract on the books from a broker saying hey, look, I would like a receivable on the books for that same 100,000 Australian dollars, but they had to use the forward exchange rate to put it on the books.

So now we have a receivable on the books which should hedge out the payable. But we’re not calling it a hedge it should mitigate the risk. And then the other side of that is going to be on the broker payable in US dollars. Now we’re imagining the end of the year, it’s the end of the year at this point in time. And we have to basically measure our financial statements accurately as of this point in time, and then adjust any foreign currency differences that are going to happen as of the cutoff date 1231 end of the first year,

let’s think about this first in the Excel worksheet and then we’ll pull it over to our transaction here, we’re going to be first looking at the accounts payable in foreign currency. So I’m going to make that I’m going to put a little yellow rectangle right there, that’s the account we’re looking at that one is in foreign currency, it’s a payable. And now we got to bring it back to the current time period. So this is not the one that’s that was built by the forward contract, but rather just by a normal business transaction. Therefore, we’re not using the forward contract rates.

And then the foreign currency unit is going to have to be a credit of the payable for the US dollar equivalent in essence going up. Let’s do that calculation again a little bit differently in Excel. This is going to be equal to I’m going to use the brackets, I’m going to use the larger rate minus the smaller rate. So that’s the difference in the rates times that 100,000 100,000. There it is.

There’s the debit. There’s the credit. So there we have it. Let’s go Go ahead and record this out and see what happens, we got the foreign currency loss. So we have a loss here, that’s going to be happening. And then we’re going to say the accounts payable, double clicking on it, because something’s in it, go into the end of it, we’ll pick up that 1000 credit, that brings it up to that 61,000, that 61,000 being the same as the calculation of the 100,000 times the point, six 160 1000.

So that is where we stand. Now, we’re going to do this within QuickBooks. And also just note that this is what happened, we had a loss here, that’s what we were trying to hedge against. That’s why we have the brokerage, we’re not calling it a hedge, we’re mitigating the risk by having the brokerage account up top. The reason I’m not calling it a hedge, or you got to be careful, it’s basically because if it’s if it’s a hedge or treated as a hedge for accounting purposes, that might mean you got to do some different accounting for it.

But in any case, that’s why we put the forward contract here on the boat, because the receivable is going to go the other way, although we’ll have to use the forward rates. In order to deal with that. We’ll look at that next time. Now, let’s go back on over to QuickBooks here. And then I’m going to go to the first tab, we’re going to say plus button, we’re just going to do a journal entry because this is an adjusting journal entry.

Now, you could use QuickBooks to basically find what the Adjust adjustment would be because we’re using the spot rate. So for example, if you if you went to the Australian dollars here, and you typed in, say, the amount that we’re looking for, which is the 100,000 Australian dollars, and then you looked at the spot rate, and would have the spot rate here, if it was calculated for us automatically, I’m going to put that in for us, we’re going to say that that’s going to be currently point six one, so point six one. And then then you can see what what it should be.

And you can compare that to what’s currently on the books by then subtracting the 61,000 to what is on the balance sheet for the payable here. So for the payable, and that would give us our 1000. So that’s one way you can kind of use QuickBooks to help you help out because that spot rate up top should be given to you automatically. If we’re in basically real time within the QuickBooks system. We’re just going to do a journal entry though.

So the other way you could do this is you could make another account accounts payable, and create it as an other current liability account, which we’ve seen in a prior presentation makes your financials look a little bit uglier, because you’ll have to combine those accounts together for financial reporting purposes. But it might make it a little bit easier to for the bookkeeping side of thing because you don’t have to deal with the sub ledger there as well.

So we’re gonna pick that a UD vendor again, have to have a vendor because it is an adjusting entry. So then up top, it’s going to be in the US, the US we’re recording it basically in US dollars. So this exchange won’t matter at this point because we were just recording it in straight US dollar. So it should record then 1001 1000 straight journal entry because we basically did the calculation for ourselves. So I’m going to save it and close it and then check it out.

Let’s save it close it back to the good old balance sheet, running the report holding CTRL down scrolling up just a bit. Then we then have on the accounts payable there it is there’s the 61,000 has now been written up to the to the place where it was supposed to be did exactly what we thought it was going to do. Then we’re going to go back. Everybody, of course, have the exact vision in their mind of what would happen. And then it totally happened just like we thought it would.

And then if we go to the tab to the right and run this report, the income statement has stuff going on now, which is nice. But it’s a loss, which isn’t as good, but we have our loss down there. There’s the 1000 on the loss. So there we have it, then let’s go on to our trial balance, just check out the good old trusty TB trial balance and compare that to our Excel worksheet before we close out this session, because that’ll be fun. I don’t want to leave yet because this is good time.