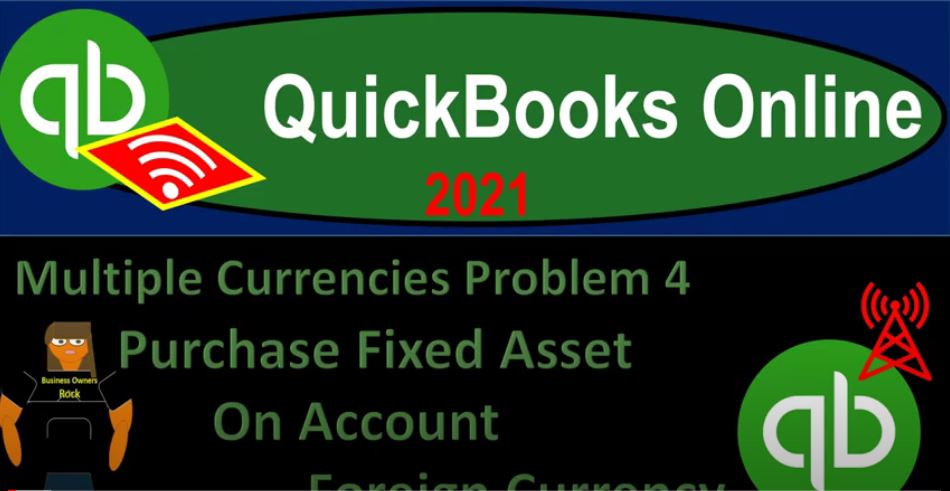 But first opening up the financial statements, we’re going to go up top and duplicate the tabs by right clicking on this tab, duplicating it, then we’re going to duplicate the duplicated tab by right clicking on the duplicated tab and duplicating it. going on down to the reports on the left hand side first opening up the PnL. The profit and loss otherwise known as the income statement, date range, change up top from a 101 to zero to 1231 to zero and run that report Nothing’s going on this far, but maybe something will happen after this,

I’m going to hold down Ctrl scroll up just a bit closed up the hamburger as you possibly saw up top, then we’re going to go to the tab to the left. Open up the next report go on to the reports drop are the reports on the side balance sheet as the one we want the BS balance sheet, date range change from a one a one to zero to 1231 to zero, minimal assets to one, I want us to zero to zero and run it. So there we have it closing up the hamburger. And then what we’re going to do, let’s take a look at the Excel worksheet. First, we’ll put the journal entry in Excel then jump back on over to here to QuickBooks and entered in QuickBooks.

So I’m going to go to the far tab over so we can see a fresh Excel worksheet. Here’s our practice problem. On 12 1x. One US company entered into a 120 day forward contract to purchase Australian dollars for 100,000. Before we put on the books, the forward contract, we’re going to think about why we put it on the books. And that’s because we had a purchase of equipment that we’re going to pay on account. And we’re going to be paying it in the future in foreign currency that being Australian dollars, our current currency is the US dollar.

And therefore, we’re going to use the the spot rate as opposed to the forward contract rate. So it’s gonna be the 100,000 times the point six, that’s our spot rate. That’s just a practice spot rate. So note that that’s, you know, doesn’t relate to the real rate at that point in time as for the practice problem purposes, that’s going to be the debit and the credit, there we have it, let’s put this on the books, let’s go ahead and record it here. So I’m going to say that this is going to be equal to an increase 60,000 in the depreciable asset, and then we’re going to say that the credit is going to go into the accounts payable of also the 60,000.

Now we have an exposure to foreign currency risk, because we’re going to be paying 60,000 in the future in foreign currency that actually will be paying 100,000 Australian dollars. And therefore, if the Australian dollars were to strengthen over time, then we would have a problem it where we have a loss, that wouldn’t be good for us. So we could then mitigate that risk by doing a forward exchange contract. And that’s what we’ll do next time. Let’s first put this on the books. So we’re gonna have to put this on the books depreciable asset on the books, and then the accounts payable in foreign currency.

So we’re going to say add currency and we would like the Aussie Australian dollars. So there we have the AU D, dollar, add it. So now that’s available to us. Next, we’re going to open up the tab, if we go on down to the accounting tab, then I’m going to hold Ctrl scroll down just a bit so that we’re at the one tab close up a hamburger. If I said new here, we could then set up an accounts payable account here. And note, we could then you know, indicate that it’s in the foreign currency.

But we’re gonna go ahead and close this out, I’m not going to set up the account, but let the system set up the account when we use the foreign currency vendor. Therefore, next step, add a foreign currency vendor. So I’m going to go to the expenses tab here. We’re then going to go over to the vendors byndoor. And then we’re going to add, add a vendor manually. And then I’m going to call this a, I’m going to call it then door, or let’s call it a UD vendor. How about that? Is that okay?

That’s what we’ll call it. And then I’m going to go down here and say that this is going to be the Australian dollar, we have to set it as Australian dollars. Notice that if we had some vendor, this is the name of the vendor, you’re imagining a company name. So if it was a vendor that we do both us transactions and foreign currency transactions, we need two vendors, because you can only sign assign one currency per vendor. And that’s kind of one kind of limitation. But you can see how that would make sense, right, the vendor currency is what’s going to be driving the transaction. So I’m going to then say save it, we’re going to save it.

And then now we can do our transaction, which will just be a normal accounts payable, but with the foreign currency. So we’re going to hit the plus button up top, we’re going to go into the bill item, that’s the that’s the form that will create the accounts payable. And then once we set up this vendor that which we set up as a foreign currency vendor, we’ll see a pop up here, that’s gonna say, Hey, there, you know, we have the exchange rate for that I’m paraphrasing. That’s what QuickBooks is saying with that. And so and then, what we’ll do is input the date of this transaction on which is on 12 1x. One, I’m going to say 2020 is going to be our year one.

So I’m going to say, Oh, I’m going to say 12. Oh, and so that’s when it’s going to put be put on the books, and then it would typically give us our exchange rate here. If it was in real time being a book problem, we’re gonna have to take the exchange rate from our Excel worksheet down below. So we’ll take it down here, it’s going to be the spot rate, which is the current exchange rate, not the forward rate. So we’re going to take the point six, that’s not the actual rate. It’s just the practice problem rate.

And notice here, it gives you this nice little thing that where it says, Hey, this is actually 100,000 Australian dollars. So that’s the actual units that are in there, it’s kind of kind of nice, because then that’s going to be different than what’s on the statement here, which is going to be the US dollar equivalent. And there’s no effect on the income statement yet. So we’re basically tied out to what we have here, I’m just going to add the beginning balances.

And I’m going to call it checking USD for the US dollar. And there’s the US dollar there we have it, let’s save it and close it. Let’s just put 100,000 in there for for, you know, just casual spending purposes, we’re going to then say this is going to be let’s go into the register. And I’m going to call this a deposit. So we’ll make a deposit type of form. Because that’s the form you use for deposit and stuff, it’s going to be as of Oh 10120010120 100,000.

Other sides just go into the equity section, which we’re going to call retained earnings, retained earnings earnings that have been retained, save it, and then go back to our balance sheet. Go back to our balance sheet scrolling back up, run the report. Once again, there’s the 100,000 there’s a depreciable asset, there’s our accounts payable, there’s the retained earnings on the equity side, let’s go ahead and just take a look at our trial balance, we go to the tab to the left, no impact on the profit and loss as we can see, so we’re going to then open up the trial balance on this tab.

Go into the reports on the left hand side, type it in the trusty trial balance. There it is. And then let’s do a date range change from a 101 to zero to 1231 to zero, run it and close the burger. And there we have it to the 100 to 60 to 60 to 100 that should tie out to what we have in Excel, the 100 the 60 to 60 to 100 looks good. This trial balance we’ll try to print out the trial balance so you can check them out if you so choose if you’re working along with the practice problem.