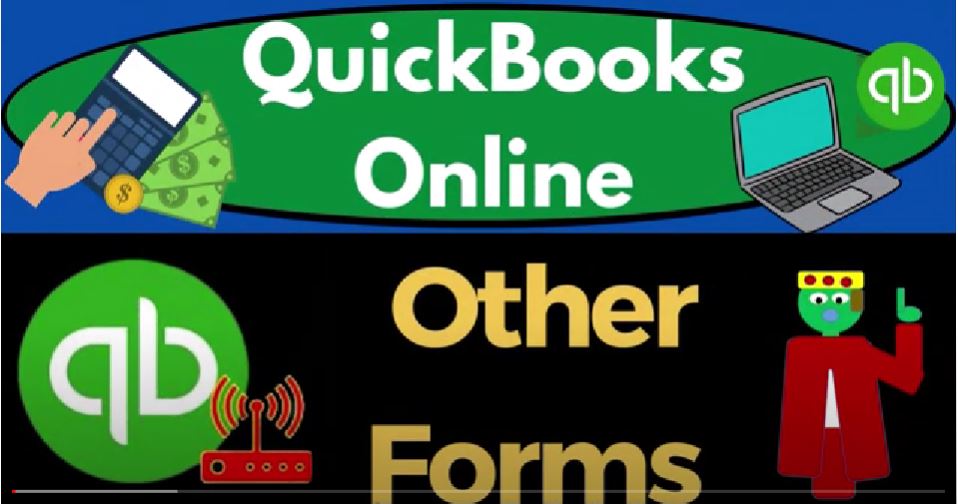 selecting the option that has intuit.com and the URL Intuit being the owner of QuickBooks, we’re going to be using the United States version of the software and verify that we’re not a robot.

Zooming in a bit holding down control up on the scroll wheel currently at one to 5% on the Zoom and remembering that if you hit the cog drop down, you can switch back and forth between the business and accountant view, we’ll be using the accountant view primarily.

But try to switch back and forth between the two views, we can get a look at both of the items and where things are located within them, duplicating some tabs to put reports

in as we do every time right clicking the tab up top and duplicating it, right click in the duplicated tab and duplicating it again, then go into the tab in the middle as the tab to the right is thinking going down to the reports, we want to take the balance sheet report.

open up the profit and loss, which I usually do first, but I forgot this time. And then I’m going to scroll up and change the range. This is the range change the range is there a change in it’s gonna go from

Oh, 101 to two to 1231 to two, that’s January to December 2020. To run it to refresh it, go to the tab to the left, you want to refresh, you want to feel fresh, you’ve got to run. Running exercise, I guess is the key is what they’re trying to say. And then we’re gonna go from

Oh 101 to two to 1231 to two January through December 2020, to run it to refresh it. And then we’ll go tab to the left. That’s the setup process, we do every time hit the drop down and the New button. And we’ve been working in cycles here.

So we talked about the customer cycle, where at the end of the day, we expect money to be coming in from customers for goods and services, we provide it to them, we got the vendor cycle, which at the end of the cycle, we expect money to be going out for goods and services that we purchased. We’ve got the employees cycle, which basically, of course, money going out for a specific thing.

It’s similar to the vendor cycle, and that we’re paying for employees and their services. And then we have this other section. And so what’s the deal with this, what’s the cycle going on here, because remember that everything under this plus button right here,

for the most part, our data input forms, this is where you go to do the normal day to day transactions, the business of the accounting process, the recording of financial transactions, these forms, then we’re going to make populating them as easy as possible, so that we can populate them.

And then the system uses them to create financial statements, the end result as well as kind of link things together for our internal usage. So we can deal with customers, vendors and employees as easily as possible.

So these are still in here in this kind of day to day cycle transactions, but they’re not embedded in any of our three major accounting cycles. So let’s think about why that is. And then we’ll go into some of these transactions in more detail as we did with the other cycles.

Either we have a simplified system where we can just wait till the deposits come into the system from customers, if we have gig work, and just record the revenue then or we have a sales receipt and a cash register,

possibly that we then need to make a deposit or we have an invoice, then we received the payment, and then make the deposit. And all those cases that deposit is basically connected to the sales cycle. But it’s possible that we have deposits that are not sales related.

And we want to make sure that we distinguish those deposits. And those would be things like us, the owner depositing money into the company, I don’t want to record that as revenue.

Because if you have income taxes, for example, in the United States, you’ll end up paying taxes on the money you put into the business, it’s not revenue.

And then if you got a loan, that’s another kind of deposit, for example, that you got to be careful of, to not record as part of the customer cycle because that’s a financing kind of deposit. So maybe that’s why they put that over here.

But you can kind of think about it, in essence is hopefully part of the customer cycle in general. Then you’ve got the transfer forms. The transfer forms are typically used if you’re transferring from one account to another.

So you now now you have another transaction type Before there’s a transaction happening, but it’s an inter banking transfer typically.

Because that gives you like you could use when we’ll talk more about the transfers in a second, or in a future presentation. But note that like, if you’re transferring from a checking account to a checking account, the checking to a savings account,

And that’s kind of why I think the transfer form is here, because when you look at the transaction detail, you don’t want to see like an expense form and there.

And therefore, if you see it as a transfer, the transfer could be an increase or decrease, but it still looks appropriate kind of as a transfer form. So we’ll talk more about that later.

That also comes into play when you get the bank feeds. Because you might be paying one bank feed to another bank, bank to bank bank feeds or paying off a credit card. So you’ve got these inter inter banking transactions. So then we’ve got the the journal entry.

Because the way the accounting systems are built, is that these forms should be set up so that they can have the data input implemented into them as easy as possible.

the purchase order and the bill that you’re going to make the invoice and the receipt payment, those links become quite important to tracking things internally within the system,

So you want to apply your knowledge about debits and credits, to be able to create the forms properly, and then understands what the forms are doing. And use the same practice of your only you always use the form.

Whenever you can, even when you’re doing bank feeds or entrance stuff into a register QuickBooks is going to use a form, the only time you go to a journal entry is when there’s not a form that can be used. Otherwise, you’re going to you’re going to enter journal entries that don’t, don’t tie everything out, you know,

they’re not connected. If you make a journal entry, instead of making an invoice, the invoice isn’t going to show up in the sub ledgers properly, because it’s software’s designed so that you make an invoice.

You don’t create a journal entry when you make a sale on account. But you want to know what the invoice is doing from a journal entry perspective. So you can look at the financial statements.

So that’s how you want to apply that debit and credit kind of knowledge. If you if you have that you don’t want to just make journal entries all the time. But if there’s no transaction over here, because it’s an unusual transaction,

then I would think is cash affected if cash is affected, then of course, we can use in essence an expense form, or deposit form. Even if it’s an unusual transaction, such as buying a building or buying equipment, that’s really expensive kind of stuff.

That doesn’t happen all the time. But if cash isn’t affected, and it’s unusual, there’s not going to be a forum directly related to it, such as buying equipment, on account financing it.

So then you would default to the journal entry. Journal Entries are also used for like adjusting journal entries at the end of the period. We’ll talk more about them later. Statements are typically forms that are going to be put together so that you can interact with your clients.

Typically, they’re going to be used if you’re tracking accounts receivable if you have invoices. So this isn’t really a form. So it’s kind of funny that they put it over here, but maybe it’s over here because it’s part of the normal accounting cycle.

Even though it’s not creating a financial transaction. It’s kind of similar to an estimate which doesn’t create a transaction or a purchase order,

but you’re interacting with your customers following up on the receivables with statements then we got the inventory quantity adjustment. So for tracking inventory in the system, then then on a perpetual inventory basis,

we might have shrinkage, that inventory gets lost and that kind of stuff. So we have to make inventory readjustments, so that that is a special transaction that might happen periodically, as we do a physical count at the end of the day, week or month, for example, and then pay down the credit card.

This is another kind of transfer form, where we’re basically going to have a special form to pay down the credit card, you have a similar kind of issue with his transfer situation.

but I believe the pay down credit card will give you another another form in the transaction detail will, which will show you that that you’re paying down the credit card, so might not be as critical of a form because you could again use on the checking account side and expense, or check form.

But when you see that, on the credit card side, it still looks a little funny, because you might get that mixed up with like a credit card purchase.

So so it might be easier to use like a transfer form or the pay down credit card, which will distinguish between the credit card purchases and, and the but it’s not, it’s not a big deal, the transaction will be kind of the same.

But it can kind of make a distinguishment. So we’ll go into some of these in more detail. Notice, these are kind of odd balls out here, because they’re not everyday trends, you’re not going to be using them over time except deposits.

or they’re a little bit outside of the cycle, the statements you could think of as part of the customer cycle, pretty clearly, generally here, but it’s not actually a transaction. So general rule, they’re a little outside the cycle. That’s why they’re over here in the other.

But anyways, we’ll go into more of those in following presentations. Obviously, if you switch the view from the cog to the accountant view here, then then we all we’ve been looking at is that little plus button,

which is in essence the same between the two of them. There’s multiple places that we can go to find these forms. We’ll go into some of them in more detail in future presentations.