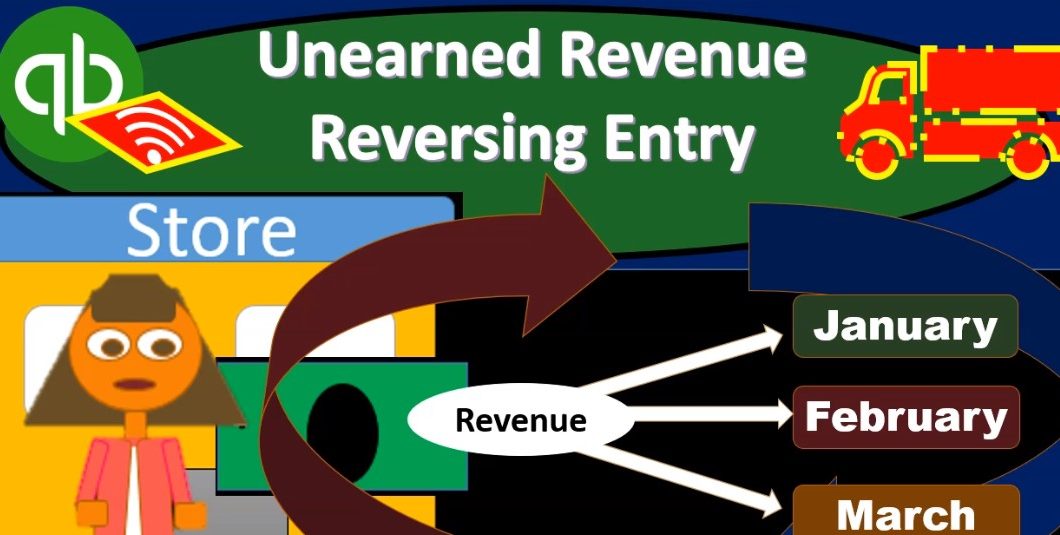 This presentation and we will enter a reversing entry related to unearned revenue. Let’s get into it with Intuit QuickBooks Online. Here we are in our get great guitars file, we’re going to be opening up our old reports down here on the bottom left, the standard reports that being the balance sheet report. First, we’re going to be changing the dates up top from 1120 to the cutoff date 1120 to 2920 February 29 2020. We’re going to run that report. Right click on the tab up top, duplicate the tab up top, go to the tab to the left, go down to the reports on the bottom open up the other favorite report bad being the P and L Profit and Loss income statement where they’re going to be changing the dates up top for it from oh one it won’t let me do it. Why isn’t it let me do it. It’s gonna be a 1012020229 to zero. 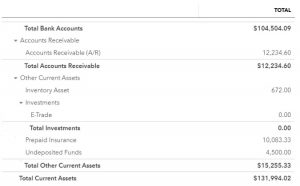 Alright, so here’s the story that happens. You’ll recall that in accounts receivable, we had a negative receivable that happened as of the cutoff date. So if I go back to the the customer balance Detail Report, you’ll recall down here in this bottom one for the string music we had as basically negative receivable from string review Why? Because string music came into the store and they said, Hey, we want a guitar. And we said, Great, here’s one but they wanted a different color. So then we were like, well, we’ll buy you one, but you got to give us a down payment to make it worth our while to make sure that you’re going to come back into the store and finish the payment.

So then we got this down payment for it, which normally, you put on the books like on the balance sheet as a liability down here called unearned revenue or some kind of deposit in the liability section for the deposit until until you’ve actually done the work. However, and QuickBooks logistically, I can’t track the customer or apply that pre payment to an invoice as easily if I were to do so. So therefore, we put it in the deposit screen as a negative accounts receivable as many people do because that makes it logistically much easier for me to then make the invoice when the targets here, tie out the credit to the payment and therefore tie this tie this out to the payment but it was a negative receivable as of the cutoff date, and we’re Can’t report a negative receivable as with the cutoff date, we had to do it properly.

Therefore, we’re going to do an adjusting journal entry, which we did, which was to increase the accounts receivable and put the other side into this liability account. But we just did it for the cutoff date, we only did that for the cutoff date. period is an unearned revenue, because that’s how it needs to be reported for the financial statements. But the way we’re doing it, it’s fine from a logistical standpoint. So now that the financial statements are done, or after they’re done, and printed out as of February 29, we can then reverse this as of the first day of the prior of the next time period March 1, so that we’re back to what logistically works for us and notices just a timing difference that’s going on here.

After after the guitar has been given to them, everything washes out and it wouldn’t be like we wouldn’t even have a problem if it wasn’t for the fact that the cutoff date happened to happen before the guitar got here. And before we shipped out the invoice. It’s just a timing difference. So now we’re going to Reverse the adjusting entry. So the adjusting entry was to increase the accounts receivable and increase the liability. Now we’re going to decrease the accounts receivable and decrease the liability. Let’s go back over to the first tab, hold down Control, scroll back down so it doesn’t do anything funny as we go down and navigate through our fields down here. And then I’m going to close up the burger.

I can’t I have to go to a balance sheet report, but I can’t go to accounts receivable because that registers funny because because because of the customer fields, so I’m going to go down to that liability, which is unearned revenue, which is going to be in the other current assets. There it is down here. I want that one. That’s the one and then I’m going to open that one up. I’m going to open up another journal entry we’re going to be selecting a journal entry. We’re going to put this in as of Oh 30120. That’s the day after the cut off the day after the cut off we’re going to call it in the memo section, a reversing and tree and the and this one is going to Go down now for that $300 the other side is going to go to accounts receivable, which I think it did something funny to me when we did the, like, it wouldn’t let me post there because it won’t give me a customer.

So I’m going to try to type it in their accounts receivable. And I’m picking accounts receivable. And then I think it’s gonna maybe even kick me out when I try to save it because note there’s no customer related to and they won’t let me post it i don’t think so it does that and it says User Accounts Receivable or accounts payable, choose that journal entry and enter the transaction information there. So I’ve got to go into the journal entry here. So what I’m going to do is I’m just going to basically record it to some other account and then open up the journal entry.

But I need to assign a customer and that customer I believe was string music. So there’s a string music. That’s the one I want. So I’m going to type in string music. There it is. So it’s not it didn’t do anything funny that time. That’s a good customer stuck where it should be. So I think we’re going to be okay with that. So this is going to be decreasing the AR and decreasing the unearned revenue as of the reversing date. Let’s save it and close it. Let’s say the transactions you’re editing has been reconciled. Okay, I’m going to say yes. And then I’m going to go back to our balance sheet. Let’s take a look at the balance sheet and we have to freshen up the reports. reports that freshly, no stale numbers, we’re going to close up that hamburger hold down Control and scroll up a bit to the one to five. 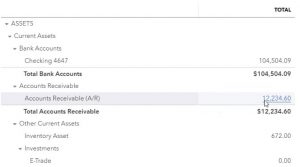 Let’s go back up top. And let’s just look at that another way. Here’s the accounts receivable as of the cutoff date as of the end of the time period 12,000 to 34. Here’s the unearned revenue. And then if I was to change the date one day up to march 1, the accounts receivable now is the 10,005 11. And the unearned revenue, the unearned revenue down to zero back down, okay. And then if I look at the supporting document for that 10,005 11 that being of this report that customer balance Detail Report, and refreshing that report up, close up the hamburger and scroll back down. Now we see here for string music that we have this negative amount in there, that’s the problem. Then we like fixed it as of the cutoff date and took it out of there and put it into the liability properly. Then we reverse what we did as of the first day of the next time period.

So we have that now. negative amount back there again, so that when we actually have the guitar, we can apply out the credit to the invoice that we will create at that time. That gives us a total down here at the 11,009 34. If we go back to the balance sheet, then I’ve got the 10,005 11. And that’s because of that. That other invoice we entered some time before the 10th. So let me bring this up to to that or I can bring this report down.

This is including all dates and other activity happened in March. So I’m going to go ahead and say that I want a custom date here maybe, and I’ll make that as of Oh 30120. Then run that report. Scroll back down. Notice it’s pretty much always a date issue. When there’s a problem like what is happening. It’s probably a data issue like think they issue first and then there’s the 10,005 1110 and then if I go back up top, you see the 10,005 1110 supporting so this reports the moment An account and this is the supporting schedule given the detail for it the sub ledger 10,005 1110