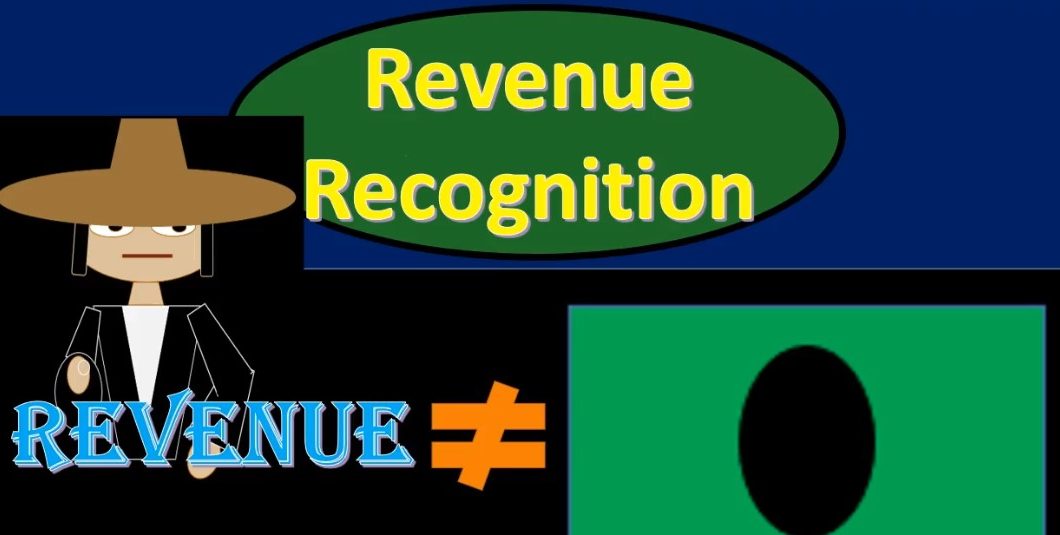 Although revenue may be recorded when cash is received, it should not be the driving factor of the recording of revenue. In other words, revenue is not the same thing as cash revenue is not equivalent to cash. Because cash is such an the normal form of payments. It’s the most common form of payment. It is often assumed that cash is the same thing as revenue. It’s also the case that in many transactions, we will receive cash at the same point in time that revenue will be received. But the driving factor for when revenue should be recognized is when the work is done. So the concept of the revenue recognition principle will be, we want to recognize revenue when work is done. 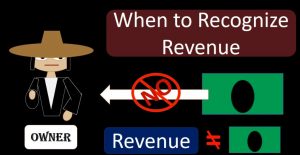 This kind of leads to the idea of what is revenue versus cash and revenue represents the earning of our revenue, we have to measure that earnings in terms of dollars, we’re going to say we earned so many dollars worth of revenue even though possibly we have not yet received the cash, the revenue will be measured in terms of units of dollars. However, the revenue is not going to be recognized necessarily, at the point in time cash is received and might be recognized before or after depending on the circumstances. So our first example is an owner. We’re going to do Computer Services, we just do services. We’re not selling the computer.

They’re they’re not the same thing. just so happened to be happening at the same point in time, we could be using an accrual system and still basically be recognizing revenue at the same point in time, cash is received just by the nature of the business. In this case, the nature being one, where we always receive cash at the same point in time that we do the work. But the driving factor under the accrual principle will be the work done, not the cash received as to when revenue should be recognized. Another type of transaction is we might be the same service company but we might take the computer back to our shop, do the do the work and then build a client at a later time. Once the work is done, we might invoice the client and expect to receive money in the mail.

Again, this is really the type of format of payment and when work is done is not so much up to the individual just in terms of running the business as it is to the type of industry that they are in. If we’re in a bookkeeping if we do tax returns or if we are no longer firm, it’s often the case that we are going to do the work, and then build a client because we have to add up our hours and see how long it took and see how much the bill actually is before we can build a client. So the nature of the work then requires that the work be done before we build a client and then the client the build, then we receive payment in the future. In those types of circumstances, we’re still going to record the revenue at the point in time the work is done, although in this case, no cash has been received. 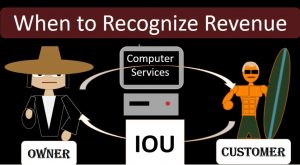 So that’s going to be the difference. We’ll see the difference when we have types of transactions where the work has been completed, and the cash being received happens at some other point in time. In this case, the cash being received at some point in the future we hope to receive cash in the mail for the work we have done and then build the client for so we’re going to record then the revenue at the point in time the work was done. And we’re also going to have this basically an IOU that’s what the customer is given. To the owner, the business owner in this case, an IOU. That IOU is something to the owner, it’s going to be equivalent to accounts receivable, we’re going to put it into accounts receivable and account tracking the i o use for work that has been done but has not yet been received. 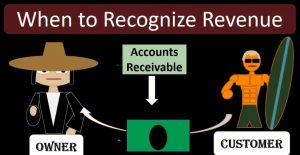 Then of course at a later point in time, we expect it to receive cash probably in the form of a check in the mail from the customer. It’s important to note that at this point in time, we will not see we will not record revenue even though cash has been received at this point in time because it has has already been recorded. It’s been recorded in the past. What we will do is decrease the receivable account, we’re going to say okay, we had this account saying that this customer owed us money.