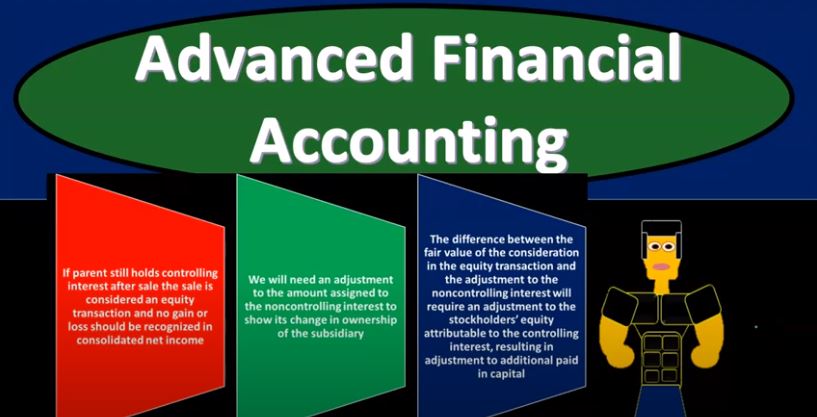 So in other words, because there was a sale that took place, if you think about percentages in terms of percent to the controlling and non controlling, then the non controlling percentage has gone up controlling interest you would think would go down with the sale that would be taking place. However, they still have a controlling interest meaning they have basically over 51% being the general rule. Now the difference between the fair value of the consideration in the equity transaction and the adjustment to the non controlling interest will require an adjustment to these stockholders equity attributable to the controlling interest, resulting in adjustment to additional paid in capital. And this is kind of the most unusual component of this. Because if if you’re talking about a transaction that would have basically a gain or loss and we’re saying we’re not going to record the gain or loss, what is in essence happening, there’s going to have to be an adjustment somewhere, it’s basically going to be additional paid in capital. Now, I recommend taking a look at the practice problem for this. It’s not a very long problem with relation to a problem such as this, but so I recommend actually working through the journal entries for it.