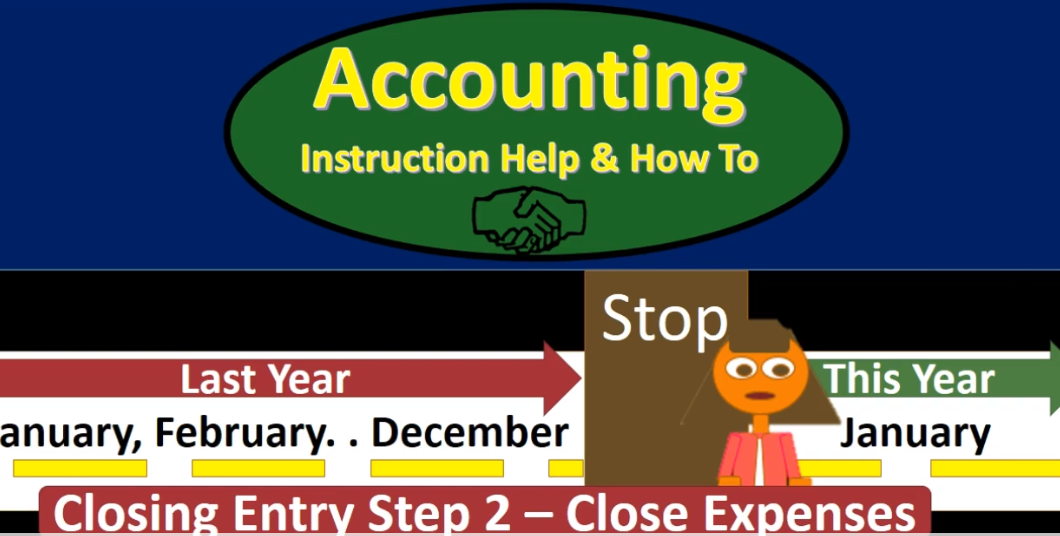 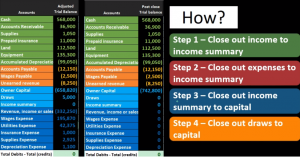 We don’t know the amount yet. So I’m just going to say hey, there’s the debit. We’re going to list all the expenses, all the expenses will be credits, and then we’ll figure out what that income summary account should be. It’ll be the debit to plug out the debits equal the credits. So we have wages, we’re going to credit the wages expense For the amount that is in there, the 195 870. If we post that out, I’m going to post it as we go, because this will be a bit of a longer journal entry. And we can see the progress as we go, we’re going to credit that account, making it go to zero. That was the goal. That’s the objective, same goal and objective for the utilities expense, which has 42 375 in it, it has a debit, therefore, we’re going to do the opposite and credited. If we post that out, as we go, notice this will be a longer journal entry. There’s not just two accounts in the journal entry. That’s okay. 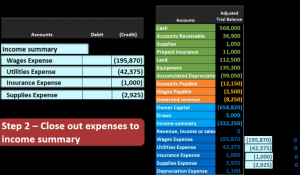 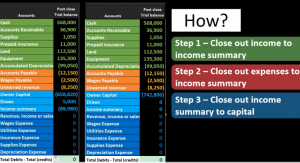