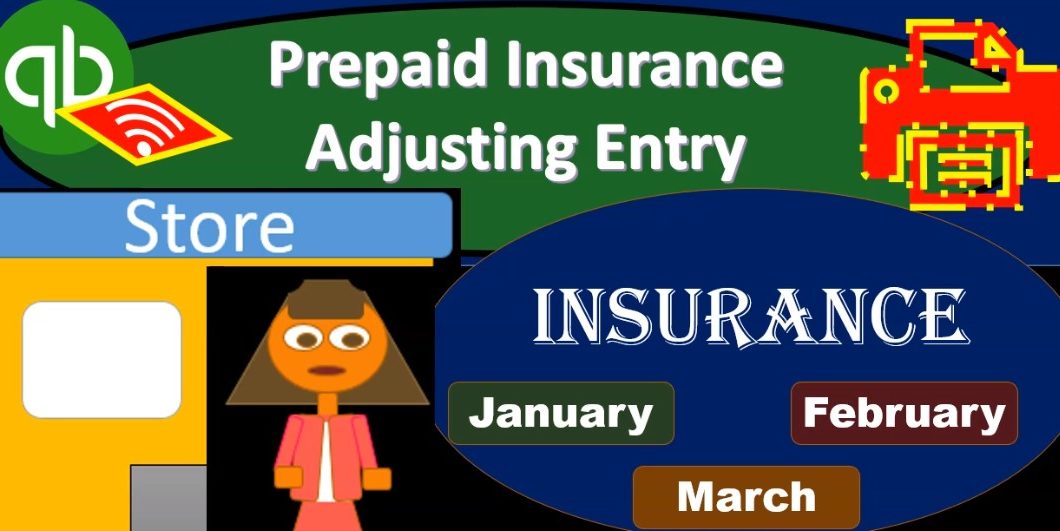 Remember there’s 29 days in the 2020 year up top back to the duplicating the tab, duplicating the tab. And we could do the one other report that being the trial balance report that might be useful one to be looking at as well since there’s both a balance sheet account and profit and loss account affected, type it in trial balance to find that trust TTB. There it is, we’re going to scroll back up top and change the dates again and those will be a 1012020 229 to zero. Then we’re going to run that report.

Going to then duplicate the tab going to the tap up top right clicking on it and to duplicate it. Then we’re going to go to all the way to the right to the balance sheet tab. Close up that hamburger scroll up just a bit back up to the one to five, that’s where I like to be. I think that’s a little far. No, that’s right, that’s where it is. Alright. Then I’m going to go down and consider what our objective is. So we have the insurance. So insurance is going to be an asset we should have a prepaid insurance account up here somewhere there it is prepaid and assurance 11,000 in there.

Now first, we have to recall how did that get there? And why did it get there? When I pay insurance, like when I pay every other bill, you’ll remember, usually we just write a check, or we enter the bill and then write a check. And it would typically just be a debit to an expense, and then a credit to cash. Why this time, did it go not to an expense, which would be on the P and L, but to the balance sheet, and it’s prepaid account. That’s because insurance is going to be one of those things that we always pay beforehand, whereas the electric bill, utility bill, and so on, we pay afterwards.

Not only that, but we usually pay we could pay in advance a few months in advance. And therefore, really, it wouldn’t be fair if we put it on as an expense each year because then when we compare you month over month, let’s say January to February, whatever month we happen to write the year’s worth of insurance in would look would would it wouldn’t be fair to that month because it would look like it had a hierarchy. The net income would be lower.

So that means you have to do the accrual method, which means you put it on the books as an asset prepaid insurance, and then expensive. Now, just note that if you pay insurance monthly, then the timing difference, there might be a little bit timing difference off, you’re paying the bill before the month starts, instead of paying the bill after the month has ended, as with most expenses, but you may be able to get away with basically, you know, paying it at the point in time that you get the bill. In that case, if you’re paying in an entire year, however, or six months or multiple months at one point, then you probably want to spread it out in some way.

To put it on the books tell the accounting department, Hey, you guys just keep posting insurance to prepaid insurance. Whenever you write the check, it’ll just memorize the thing, you posted the prepaid insurance. And then we’ll just go in and fixed it and adjusted periodically at the end of the month or year. That’s what we’re doing now. They, they posted it when they wrote the check to insurance expense. Now we’re going to adjust it. Now we’re imagining that we paid 11,000 for a 12 month time period. And it started the policy started in February.

Therefore, we’re not going to take January into into consideration we didn’t do the adjusting entries for January. I know I didn’t want to do them twice, you know. So we’re going to be doing them just for the end of February here. So we’re imagining here 11,000 for a 12 month period, that starts in February is what is what we’re going to adjust for. So that means then that we’re going to take This 11,000 divided by 12, which is that much per month. And that’s how much we’re going to reduce this amount by, which will leave us with 11 months. 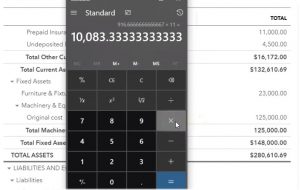 So if I say times 11, it should leave us with about 10,083 left. Okay, so let’s, that’s what that’s what this number will be after we’re done with the adjustment. Hopefully, something like that rounding, it will be off by rounding, but indicates 11,000 divided by 12. That’s our number that we need to adjust by. Okay, so we’re going to do so with the we could do so with journal entries, but we’re going to try to use the registered we should be able to because there’s one balance sheet account, one income statement account, we must use the balance sheet account because it’s the one that has to register for it.

We’re going to be reducing this by the amount in our trusty calculator 916 point six seven about so 916 point six, seven, and the other side is going to go to insurance expense which we could find in the drop down or simply type in insurance insurance expense. So we want to pick up the expense here. So there it is the Expense Type, that’s the one we want. Let’s go ahead and save that. Then if we want to look at the journal entry, we could go to the split and take a look at the journal entry that’s going to be affected here.

Let’s go check out The financial statements if it looks good over there, we’re going to go to the balance sheet. And we’re going to go then back up top, and we’re looking for the prepaid insurance. And it’s at 11,000, because it’s not refreshed yet, but I think I’m going to click on it first, and that’ll refresh it. And so we had the adjusting entry there it is as of the end of the time period, and that brings us down by the 916 67 to the 10,083. If I go back up top back to the balance sheet, we should find that 10,083 here as well, I’m going to scroll up to the one to five, there it is, you’ll recall that we had 11,000 total divided by 12. That’s the monthly total 11 months are left because one month has been consumed.

So that times 11 would give us the 10,000 at 3.333. It’s rounded here to this amount, then on the P and L profit and loss. Let’s refresh this one this time and instead of you know going into the moldy old report and then refreshing when we go into the zoom feature will refresh it first. So we go into it nice and fresh and then go down. There’s the insurance at now, that 916 67, that’ll be the only thing in there. That’s the first month of insurance we have recorded for it. So I’m going to go back, of course, you can find those two things much more easily on the trial balance. And also note, a lot of these adjusting entries may actually result in an increase to the expenses.

Now when we do adjusting entries, we may fix things and do fixing entries as well and call them adjusting entries. But really adjusting entries are part of a system. They’re not a fixing entry, they’re adjusting, they’re part of a process. And usually most of those adjusting entries are going to be affecting at least one balance sheet account and one income statement account. In other words, they have like a timing component in them. And so therefore, there’s going to be differences in the P and the profit and loss or income statement, which results in the net income. And unfortunately, well depends what someone’s wants to see whether they want net income to be high for their purposes or whether they want it to be low for like tax purposes. 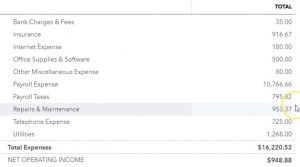 But unfortunately, oftentimes, it’ll increase the expenses. As you can see here, oftentimes, most adjusting entries will increase an expense and then have another effect on the balance sheet somewhere. So that means that net income oftentimes will end up going down due to the adjusting entries. Now some adjusting entries will increase the The net income, but most of them have to do with expenses, timing of expenses. And therefore oftentimes it’ll it’ll result in net income going down. So in other words, if your client or you are looking at net income and saying this is going great, and then you go to the accountant and or at the end of the month, they just an entry department, you got to be aware that it could quite possibly be that the net income is going to be a little bit lower after the adjusting entry process. Now, it could be higher, there could be some things that increase it, but typically, you know, oftentimes it goes down. And then if you’d look at the trial balance, of course, this is going to be a report where we can see both sides on one report, both the prepaid insurance and the insurance expense and drill down on those in there